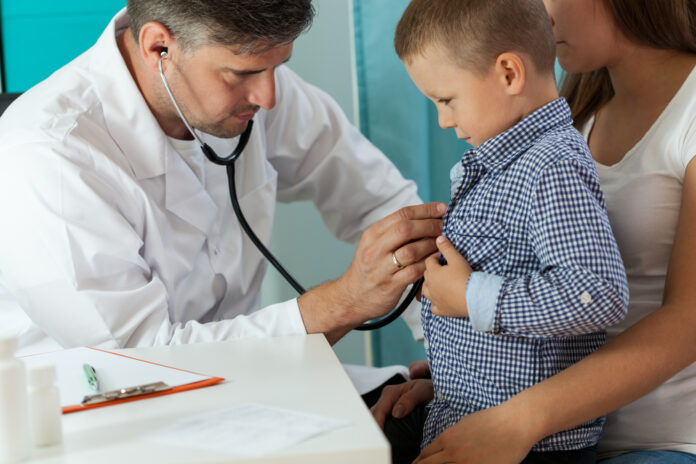 As you may recall, we’ve talked about the how anti-gunners are trying to use your doctor to look for excuses to take your guns. If you need a refresher, see here and here.

Let’s be frank, your doctor asking you about whether you have guns was never about healthcare, but it was a perfect example of politicizing health care to try to take away your rights (you’d think that it started during the Obama Administration).

Now, unfortunately, pediatricians (yes, your child’s doctor) are getting in on the anti-gun action. The following is from a speech given by Dr. John Edeen:

You are at the pediatrician’s office for a routine well child visit. Maybe you just moved to a new town. The nurse hands you the standard paperwork with the questionnaire pertaining to your child’s health. You start filling out the form and right there . . . question number 14 . . . “Do you have a gun in the home?” It’s right after the question about swimming pools and right before the one about household cleaner storage.  What do you answer?

First, the presence of this question is no accident. In the 1980s and 1990s professional medical organizations declared a culture war on gun ownership. This includes the American Medical Association, American College of Physicians and the American Academy of Pediatricians.

That’s right. The American Medical Association, an organization which is supposed to be about healthcare, is trying to meddle in your right to protect your family.

Fortunately, Dr. Edeen has some advice for you if your pediatrician is trying to stick their nose into your gun ownership business (which is private to you and your family):

1. You can choose to lie or shade the truth. “I don’t own ‘a’ gun”, Tom Gresham of Gun Talk radio has said numerous times. “It is not a sin to lie to somebody who doesn’t have the right to know the truth.” Remember, in the age of electronic medical records, the government and who knows who else have access to your records. They can and eventually will be used as a backdoor gun registry.

2. Have David Codrea and Joe Horn’s Liability Questionnaire handy when you go for a medical appointment.

3. You have the option to fire the doctor and seek care elsewhere.

4. You can report the anti-gun zealots to their State Medical Boards for their Ethical Boundary Violations.

Now that you’re aware of it, it is your duty to decide what to do beforehand so that you aren’t caught by surprise if your pediatrician tries to politicize your healthcare in this way.

Gun ownership is a fundamental human right enshrined in our Constitution in the Second Amendment to allow for self-protection from both criminals and from a government which oversteps its boundaries. Don’t let your child’s doctor get involved in your decisions about that issue.