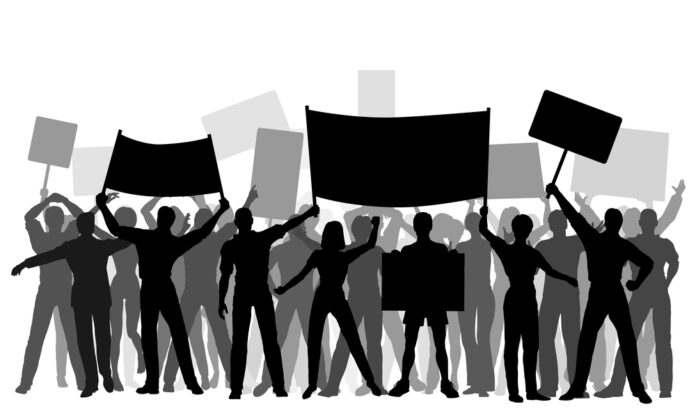 In case you think that what you’re doing as a member of the #VAGunRightsRebellion is a waste of time, it may be worth your time to consider a recent statement from Virginia State Senator Chap Peterson.

Now, in case you’re not familiar with Peterson, he was one of the four Democrat State Senators who voted with Republicans to prevent a vote in the Virginia State Senate on anti-gun governor Ralph Northam’s pet gun ban bill. Julia Musto tells us what Peterson had this to say about the influence of gun owners in Virginia on his vote:

However, Petersen said that listening to his constituents and pro-Second Amendment activists were very “helpful” and mattered to his decision-making process.

“I probably would have voted the same way anyhow, but it was important to hear from people,” he concluded.

Understand that it is important for your representatives to hear from you and to know your viewpoints on gun rights because if their only source of news is the anti-gun mass media, then they may not know the truth about gun rights and about how gun control makes us less safe. Musto gives us more information on the interview with Peterson:

Virginia Democratic State Sen. Chap Petersen said Tuesday he was surprised that a controversial assault weapons ban bill was brought to the state’s Senate from the House of Delegates.

Appearing on “Fox & Friends” with host Pete Hegseth, Petersen said that he voted to stop the gun-control measure because it needed some amendments he could not overlook.

“I had two problems with the weapons ban bill we voted on yesterday,” he said.

According to Chapman, the first problem was that the categories of weapons and component parts that were impacted were too broad.

Secondly, he said that the retroactive portion of the bill was unfair.

“In other words, if you went out and legally purchased a weapon or legally purchased a particular part, just simply by owning that you could become a class VI felon or class I misdemeanant. And that, to me, it’s not fair, it’s not due process, and that was what really bothered me the most,” he told Hegseth.

The assault weapons ban — one of several Virginia bills that prompted armed protests at the state Capitol earlier this year — died in committee Monday despite the backing of the state’s Democratic Gov. Ralph Northam and the legislature’s Democratic majority.

Four Democrats — including Chapman — broke ranks with their party to reject the bill. Sens. Creigh Deeds, Scott Surovell, and John Edwards also joined their Republican colleagues across the aisle to send it back to the state’s Crime Commission in a 10-5 vote.

A crowd of gun-rights activists packed into the committee room cheered as the vote came in.

Remember, though, while gun rights advocates won a major victory in Northam’s bill being tabled for now, we still have a ways to go. Three more weeks of the current legislative session and at least another year before Northam and company can be voted out of office. Until that election happens, let’s keep them on a short leash and fight to kill any more gun control legislation.

Ridiculous! Gun Paranoia Gets 10yo Arrested For Toy Gun