Home Guns Latest Surge in Gun Sales Unlike Anything Ever Seen 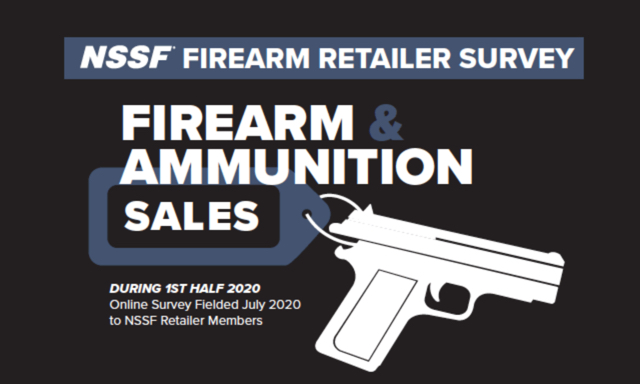 Gun sales surged so much during Obama’s presidency, some people joked he was the best gun salesman ever.

But gun and ammo sales are exploding. There’s never been anything like it during any prior presidency. And it’s not because of Trump. Rather, it’s because of the lawlessness inspired and even supported by Democrats.

Millions of people who’ve been on the fence about buying a gun are changing their minds and taking action… “Defund the police? Yeah, okay, I think it’s time to get a gun.”

The gun industry has never seen anything like 2020, and the explosion in sales driven by the concerns over rising crime, protests, the coronavirus crisis, and the presidential election are expected to continue.

“Bottom line is that there has never been a sustained surge in firearm sales quite like what we are in the midst of,” the National Shooting Sports Foundation, an industry trade group, said in a report shared with Secrets.

New sales and customer data collected from gun stores are even more shocking than the latest historic level of FBI background checks for purchases, security clearances, and concealed carry permits.

Here are the latest gun and ammo sales reported by NSSF:

It’s interesting to note the surge in gun sales isn’t just to white males. According to the report, “The highest overall firearm sales increase comes from black men and women who show a 58.2% increase in purchases during the first six months of 2020 versus the same period last year.”

It almost makes you wonder, are Democrats trying to drive up gun sales? Because it’s definitely working!

SURVIVAL GEAR REVIEWS TO SAVE YOU TIME AND MONEY

Gun Used To Protect 12yo Girl From Would-Be Rapist