Home Guns Campus Carry: What The Left Is Really Afraid Of 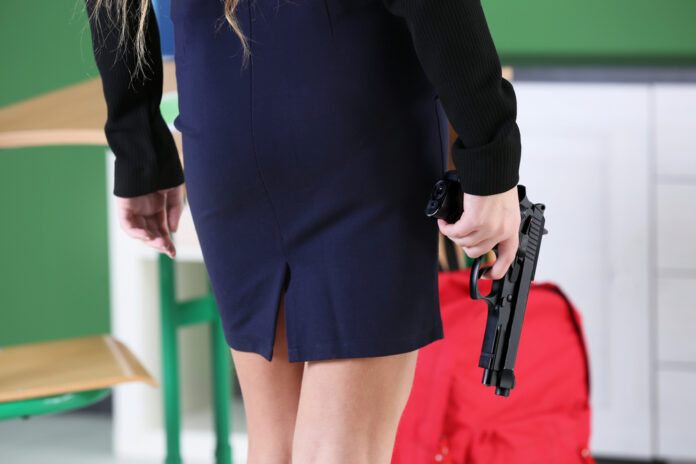 Leftists, which anti-gunners almost invariably are, adamantly oppose campus carry of firearms, meaning that anti-gunners don’t want anyone, students or teachers / professors, carrying a gun on campus with the possible exception of law enforcement such as school safety officers (and not always them either).

Many anti-gunners believe that banning campus carry will mean that students will be safer at school (even though that is simply not true), but a 2016 lawsuit in Texas reveals the underlying thinking which drives many anti-gunners.

The case was brought by three college professors (in this case, that means someone “educated” beyond their intelligence) who sued to have campus carry made illegal. David Burnett gives us the details:

The main argument advanced by the three academics was that the law (and the UT policies implementing the law) somehow violated their free-speech rights. “Compelling professors at a public university to allow, without any limitation or restriction, students to carry concealed guns in their classrooms chills their First Amendment rights to academic freedom,” said these professors. Their reasoning was that, as professors, part of their teaching responsibilities included engaging in classroom discussions of “controversial, emotionally-laden topics.” They were afraid (or, at least, said they were) that these discussions could lead to shoot-outs between armed students.

These professors said this possibility would force professors “to pull back, consciously or sub-consciously, at important junctures in classroom exposition and discussion” due to their fear that a more robust debate might incite “violent classroom action with a gun.”

More broadly, the professors claimed that the possibility of a student being in the classroom while lawfully carrying a firearm for personal protection “would jeopardize the community of trust and be destructive to the dynamic educational process” for educators and students alike.

So, they argued, the possible presence of a person with a concealed-carry gun would shut down free speech.

Now, if you have any clue about how indoctrinating and anti-free speech most college campuses are these days, then this reasoning by those college “professors” might have made you actually lough out loud. At the very least, you likely realized how absolutely absurd this thinking is on their part.

The fact of the matter is that the only time in America within the last fifty years that I’ve ever heard of anyone using a firearm to suppress dissenting opinion, it was done by a government agent or by a criminal. Never by a law-abiding gun owner.

These leftist professors, frankly, appear to be projecting onto gun owners what the professors themselves would like to do to people with viewpoints different than theirs. That is, these leftists, like leftists throughout history, want to shoot people that disagree with them, and, therefore, the professors assume that legal gun owners want to do the same thing.

Of course, this is absurd. Legal gun owners may not want to hear leftist political talking points (what sane person does?), but they don’t want to prevent leftists from spouting their beliefs as long as that “expression” is in words and peaceful protests, not in violence, murder, and damaging property.

So, in a nutshell, the left is afraid of campus carry because, if campus carry is allowed, the left will be scared to continue their tyrannical indoctrination of our youth.

Wouldn’t that be a pity.