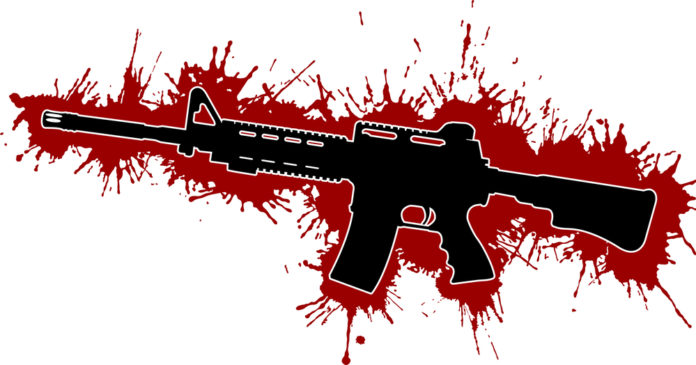 Rational people, people who are as concerned about facts as with their feelings (as opposed to those who ignore facts in favor of their feelings) generally like statistics. They may be motivated by a feeling (like compassion or anger, for example), but they also like information that they can think through so that they work to figure out a way to solve the problem that has them upset which will actually work. They prefer this instead of doing something that makes them feel good without actually making a difference.

When you take rational thinking to the issue of gun violence, you want to know what is causing the violence. Maybe (as anti-gunners say) it’s that evil people get access to “assault rifles” that is the real issue, that if evil people couldn’t get at assault rifles, then everyone would be safer. Rational people, on the other hand, want to see the data and want to know the facts before jumping to that kind of knee-jerk conclusion.

So, what do the facts say about AR-15s, for example? Fortunately, Greg Curtner gives us the details. He writes,

In any given year, for every person murdered with a rifle, there are 15 murdered with handguns, 1.7 with hands or fists, and 1.2 with blunt instruments. In fact, homicides with any sort of rifle represent a mere 3.2 percent of all homicides on average over the past decade.

Given that the FBI statistics pertain to all rifles, the homicide frequency of “assault-style” rifles like the AR-15 is necessarily lesser still, as such firearms compose a fraction of all the rifles used in crime.

With an average of 13,657 homicides per year during the 2007-2017 timeframe, about one-tenth of one percent of homicides were produced by mass shootings involving AR-15s.

According to a New York Times analysis, since 2007, at least “173 people have been killed in mass shootings in the United States involving AR-15s.”

That’s 173 over a span of a decade, with an average of 17 homicides per year. To put this in perspective, consider that at this rate it would take almost one-hundred years of mass shootings with AR-15s to produce the same number of homicide victims that knives and sharp objects produce in one year.

With an average of 13,657 homicides per year during the 2007-2017 timeframe, about one-tenth of one percent of homicides were produced by mass shootings involving AR-15s.

Think about that statistic for a moment: “one-tenth of one percent of homicides were produced by mass shootings involving AR-15s.

While all murders are horrible, don’t you think that anti-gunners would be more effective if they spent their time looking at what the other causes of the other 99.9% (literally that percentage) of murders with guns?

Which makes you think that anti-gunners haven’t done their research and that this is simply an emotional issues without any rational thought into how to reduce those murder statistics or that they are simply preying on the fears of an ignorant, uninformed, and emotionally-driven portion of the populace.

I’ll leave it to you to come to a conclusion as to which is the answer.

One Of The Big Groups Of New Gun Owners Will Shock...

Latest study shows more concealed carry than ever before = less...

Three Things Everyone Carrying Concealed Should Have On Them. One Will...