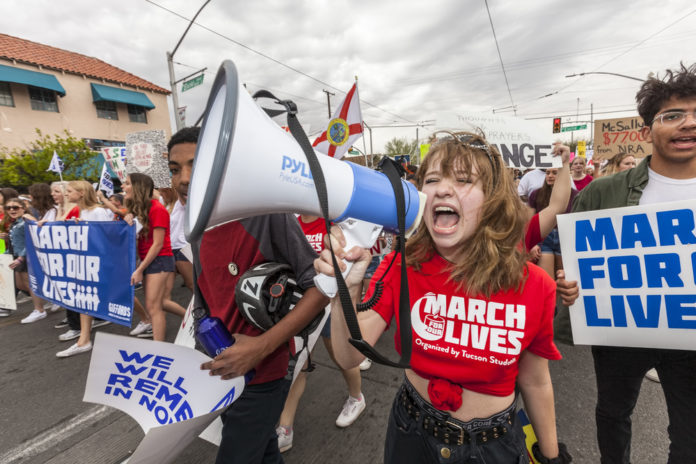 There’s no question that David Hogg (with a lot of help) started something. The question is whether what he started with his March For Our Lives organization was a giant waste of time if he actually is wanting to stop gun violence.

The answer, as you’ve likely guessed, is, “Yes, it’s a giant waste of time (and money) if they keep proposing the same stupid things that they are already proposing.”

How can we be so harsh in our assessment of this, you may ask? Easy. Read over their “peace plan” to bring an end to gun violence. From the March For Our Lives website:

Every day in America, more than 100 lives are taken by the deadly epidemic of gun violence. Among young people, gun violence has become a top cause of death, second only to drug overdoses. It has many root causes, including hate, poverty, and despair. It’s a deeply intersectional issue, inextricably bound with our long journey for racial justice, economic justice, immigrant rights, and the rights of our LGBTQ allies. And it’s amplified by the societal belief that a gun can solve our problems. Gun violence is destroying our generation. This is simply unacceptable. That’s why, as survivors and students of March For Our Lives, we believe it’s time for a Peace Plan for a Safer America.

Now, if the social justice warrior gobbledygook in that paragraph doesn’t make you want to throw up with it’s nonsense, wait until you hear the six steps in their C.H.A.N.G.E. plan (it’s always an acronym, isn’t it?). It is:

And, so, March For Your Lives does what anti-gunners and other SJWs do over-and-over-and-over-again: they want a nanny state to do what they aren’t willing to do themselves.

The answer to gun violence is simple, but it terrifies people who don’t want to take personal responsibility for their own lives and actions. The solution to gun violence is allowing people to arm themselves and encouraging them to get training on how to safely use their firearms especially for self-protection.

Because no government can ever stop a lone wolf and can never stamp out a black market completely, the only solution that can work is for everyone to depend on themselves instead of government bureaucrats to protect them.

But anti-gunners like David Hogg and March For Our Lives don’t want that kind of responsibility in their lives, do they?

How Background Checks Are Being Used To Target Gun Owners