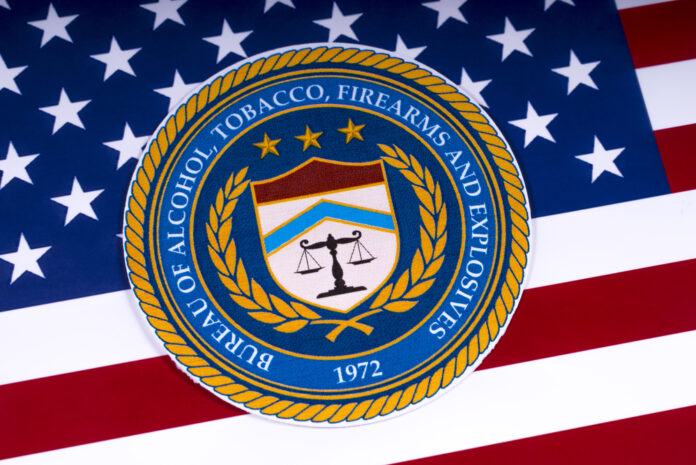 You know that there is a corruption problem when a major government agency admits that they are acting outside of the law to do something.

Now, to be clear, we aren’t talking about the CIA or the NSA or even the FBI doing a sting operation. We are talking about a government agency that has no legal right or reason to act outside of the law telling us that they are doing just that and not showing any remorse about it.

So, which agency is it this time? The ATF. A writer going by the name of Benjamin F writes:

In their most recent court filing, the ATF has admitted some truly explosive news. Namely, they concede that they do not have the authority to reinterpret the definition of machine guns in the bump stock ruling under the National Firearms Act (NFA).

Now, if you haven’t been following this case (because, goodness knows, there has been enough other gun control nonsense going on just with the campaigning for the upcoming Presidential election. See here and here.), Benjamin gives us some background details:

[O]n December 26th, 2018, the ATF issued a final ruling on “bump stocks”. A bump-stock is a device that allows an operator of a firearm to simulate automatic fire by muscle power. While previously the ATF had decided that bump-fire or slide-fire stocks were legal devices, they then reclassified them as illegal machineguns. All current owners were ordered to destroy them. If you did not do so, you faced up to 10 years in federal prison.

Naturally, a lot of people became somewhat ticked off that the ATF would seemingly arbitrarily change their ruling to make thousands of Americans potential felons overnight. As a result, many people filed lawsuits. One such lawsuit was filed by the New Civil Liberties Alliance on behalf of plaintiff W. Clark Aposhian.

This lawsuit rests on a fairly straightforward presumption. The complaint states that since all legislative powers lie with Congress, the ATF, as a part of the executive branch, cannot reinterpret statutes to mean something else. Since the law regarding machineguns has not changed, bump stocks can’t be reclassified as machineguns.

You would think that this is a pretty cut and dry case of violation of a person’s Constitutional rights because the ATF’s position on bump stocks was implemented in a way that violated the Constitution. Of course, if you get a nutcase anti-gunner judge who isn’t interested in either rationality or the Constitution, that could be a problem.

What is clear, though, is that even the ATF acknowledge that they are breaking the law by implementing the bump stock ban, and if we allow them to do that, then that could cause huge problems for pro-gun people nationwide. Start calling your representatives in Congress right now and make it clear that they need to pass legislation keeping bump stocks legal and to go even further and repeal all gun control completely.

6 Necessities Every Homesteader Should Have for a Winter Black Out