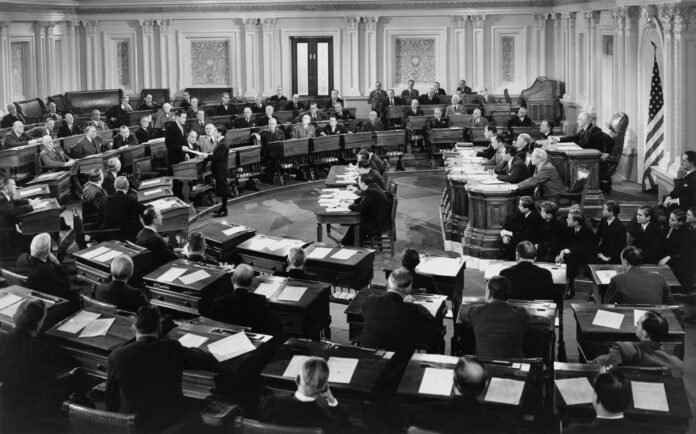 You can tell when an anti-gunner is upset that they haven’t been able to buy an election: they start calling any pro-gun statements an opposition to the “democratic process.”

Of course, these “geniuses” conveniently fail to state that the United States is not and has never been a democracy. We are a republic which means that the law is more important than the fickle and easily-swayed temporary will of the people. In other words, the Second Amendment is above any Bloomberg-bought public opinion temporarily supporting gun control in Virginia.

But don’t take my word for how Constitutionally illiterate this guy is. Read what Josh Horwitz says in his own words:

In the weeks since this historic victory, those who oppose any change to Virginia’s gun laws, no matter how reasonable or necessary, have pushed dozens of localities to adopt the rogue idea now known as the “Second Amendment sanctuaries.”

Those jurisdictions that support the concept of Second Amendment sanctuaries have publicly stated that they will not enforce or abide by state laws — in this case, gun violence prevention laws — that they, not a court, consider unconstitutional. In essence, they will not follow or respect the rule of law. They will not comply with democratic norms. They are ready to dismiss elections entirely and rely instead on mob rule, intimidation and heavily armed anarchy.

The rhetoric surrounding Second Amendment sanctuaries is morphing in a disturbing way. It is becoming more radical and dangerous for the citizens of Virginia. There are now localities discussing deputizing members of their citizenry to rise up against the state government. Anti-government rhetoric is being spread on gun message boards and blogs about the impending armed uprising against gun violence prevention champion Gov. Ralph Northam, House and Senate leadership, and the new Democratic majorities.

Whether pro-gun extremists are bluffing or not, these are calls for insurrectionism and anarchy. This is what happens when the rules of democracy are disregarded. Gestures of force and violence replace true representation and expression. We cannot allow armed insurrectionists to hijack our democratic process. Gun violence prevention champions have a mandate from Virginia voters and deserve the ability to enact change without being threatened by violence.

The movement for gun violence prevention is a social movement. We strive to incorporate the principles of social justice, racial equity and the freedom for all Virginians to live their lives without the constant worry of being shot in neighborhoods, by an abuser, in a municipal building, a college classroom or any other everyday place.

So, here we have someone wanting to completely sidestep the rule of law by trying to change parts of our country (Virginia) from a republic to a democracy and part of the group threatening to use violence by the state (threatening to send in the National Guard) to enforce their sidestepping of the law accusing those who are on the side of the Constitution of trying to circumvent the rule of law and of threatening violence.

The hypocrisy of anti-gunners knows no bounds, and that is why there is a #VAGunRightsRebellion happening right now.

Weird Reason Why Socrates May Have Been The ULTIMATE Prepper!