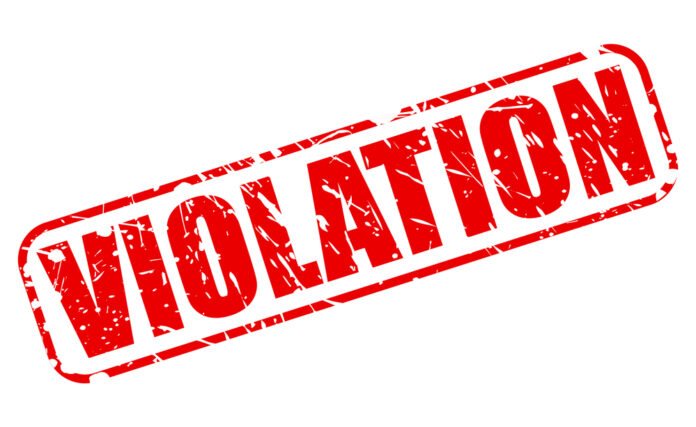 If you’ve been reading this site for any amount of time, then, you’ve likely read when I’ve said something along the line of anti-2A people, especially, anti-2A politicians, aren’t looking to give you and I a fair fight. They’ll use any underhanded, devious way that they can to steal our rights.

Maybe you thought that I was exaggerating when I wrote that. I wasn’t.

And to prove that, today’s story comes from a state with an aggressively anti-2A government who is looking for a way to just stick it to legal gun owners there after the Supreme Court’s NYSRPA v. Bruen case which effectively overturned New York’s stranglehold on issuing concealed carry permits. Former Representative Bob Barr writes,

Following the U.S. Supreme Court’s ruling late last month that New York’s 110-year-old concealed carry law was unconstitutional, the Empire State’s Democrat-controlled legislature and left-wing accidental governor, Kathy Hochul, wasted no time reaffirming that they will go to any lengths to prevent its citizens from lawfully carrying firearms outside the home for personal protection.

The new law, signed over the weekend by Hochul, almost certainly will ultimately be thrown out by the federal courts. However, the state’s lawmakers know that such a process likely will take many months if not years to be finally decided, and that for at least that period of time, they will be free to continue denying citizens the right to protect themselves in public.

Beginning Sept. 1, when the new law is to take effect, no law-abiding New Yorker would be eligible to obtain a carry permit without first convincing the state police that he or she possesses “the essential character, temperament and judgment necessary to be entrusted with a weapon and to use it only in a manner that does not endanger oneself or others.”

This vague and undefined criteria is but one of many conditions an applicant must meet to the satisfaction of state law enforcement officials. Others include character references, family background information, and access to their social media accounts for three years prior. These and many other criteria are buttressed by a catchall requirement that allows the permitting authority to demand, “such other information required by the licensing officer that is reasonably necessary and related to the licensing application.”

Now, as you already know, anti-2A people think that legal gun owners already fail the test of having “the essential character, temperament and judgment necessary to be entrusted with a weapon” simply for wanting to own a gun.

But this bill gets even more ridiculous, placing restrictions on carrying in all kinds of places including “Into any private property unless the owner thereof has publicly posted a notice that such carry is expressly permitted.” No, I’m not kidding.

There are even more restrictions which are beyond ridiculous.

Imagine a state government being so arrogant and heavy-handed that they think that they have the right to violate your Fourth Amendment rights against illegal search by demanding all kinds of private information from you including access to your social media accounts in order to exercise your Second Amendment rights.

Everytown Makes One Of The Most Racist Statements That You’ll Ever...