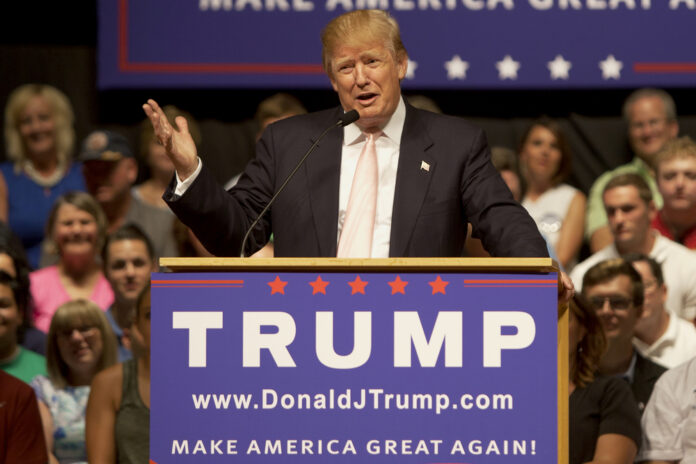 Anti-gunners and anti-Trumpers must be getting desperate. Really desperate. As in outright fabricating information (if they weren’t already) in such an obvious fashion that even the mindless drones who endlessly repeat mainstream media talking points can see right through it.

And that kind of fabrication is exactly what “The Editorial Board” of the News Observer in Raleigh, North Carolina did in an editorial posted on their website on September 3, 2020. The blatant nonsense boggles the mind.

The editorial starts with the headline “Donald Trump’s fake fear is having a real effect on NC gun sales.” The editorial, then, starts out this way:

Firearm sales surged when the pandemic forced a shutdown in March. Now sales are rising again as President Trump warns of U.S. cities being overrun by looting mobs while police are left helpless to respond for lack of funding and respect.

Trump’s appeal to fear is a desperate fiction peddled by a trailing candidate who wants to shift the subject from his abject failure to respond to the pandemic. But it’s having an effect that’s as real as a bullet.

This is another bad turn in a terrible year. More guns won’t make people safer. It will put them at greater risk of an accidental shooting, a child finding a gun, a suicide or a family fight ending in gunfire. And the risk is especially great for new gun owners unfamiliar with how to handle or store a gun.

Trump should be discouraging people from putting themselves and their loved ones at risk. Instead, he’s defending a 17-year-old with an military-style rifle who went to Kenosha, Wis., to defend property against vandalism by protesters. He ended up shooting three people, killing two. He faces multiple homicide charges.

Then, the editorial goes on to quote such an unbiased source as a volunteer at Moms Demand Action. Because that’s a trusted source by no one looking for objective information on gun violence statistics in any kind of context.

The editorial ends with telling people that Trump should be more like FDR, blaming Trump for the COVID-19 situation and rioting in cities, and, finally, calling for people to vote Trump out of office.

Of course, these accusations are made by people who have never had to deal with a pandemic from a leadership position, and the violence which is happening in cities is being caused by people who advocate for this paper’s politics. Who is to blame for the violence? How about those who commit the violence? And isn’t it funny that the rioters match this paper’s politics? Maybe that’s why “The Editorial Board” couldn’t take responsibility for their comrades.

The one honest thing about this whole piece is that it was an editorial, an opinion piece. Of course, it didn’t need to be labeled that to know that because one reading makes it clear that it wasn’t based on any kind of factual or reasoned line of thinking.

Which States Actually Have The Most Gun Owners?