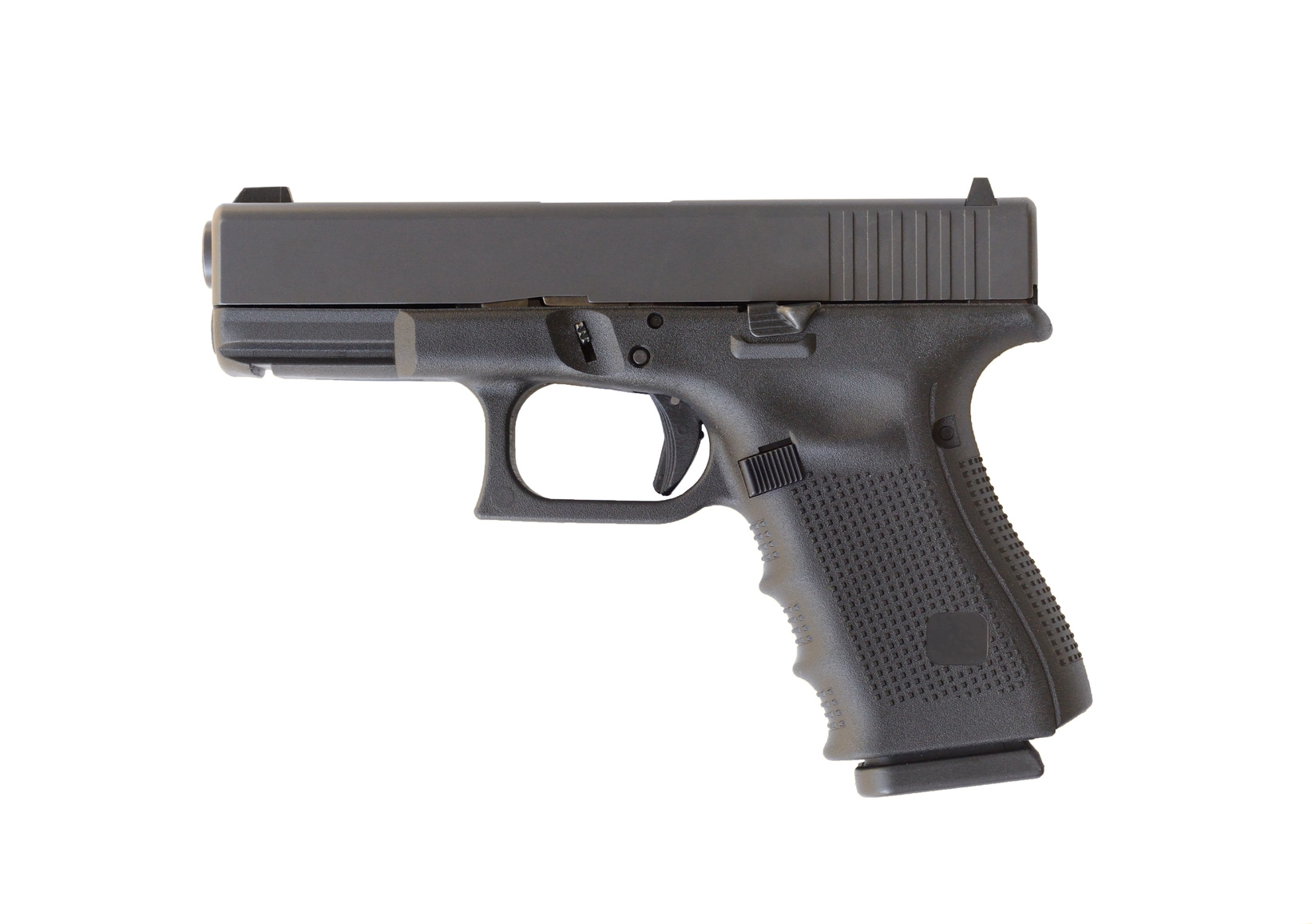 Have you ever wondered whether it’s a good or bad idea to have a safety on your handgun?

Many people think it’s more unsafe to have a handgun without a manual, external safety. Like a Glock 19, Sig 320, etc

Is that really true? Or is it possible that having a manual safety is not needed on a concealed carry handgun?

Why Have A Safety On Your Handgun?

There is probably just one reason that you want a safety on your handgun, and that’s to be more “safe”.

In short, you want to avoid negligent discharges and putting holes in things that should not have holes in them.

So is a safety really necessary to do that?

Well, 99% of the time, your concealed carry handgun should be in one place and one place only. In a properly fitted holster that covers the trigger and trigger guard completely, so that it’s impossible for the trigger to be pulled “accidentally”.

The fact is, if the trigger is incapable of moving in your holster–then a safety is redundant because the gun can’t fire.

On the other hand, consider a home defense type situation. Or more accurately, you hear a bump in the night and you go to check it out, gun in hand. Your gun is loaded and you’re clearing your house with it. A safety might keep you from “accidentally” shooting a loved one because you have to disengage it before you can shoot.

Why NOT To Have a Safety On Your Handgun

The downside to a safety on your handgun is that you have to disengage it to shoot your gun.

Think about the reason you carry a handgun instead of a rifle. Because you have to. If we had our choice, the best personal protection would be an AR-15 slung over the shoulder. It’s more powerful, holds more ammo, and is easier to shoot.

The rifle can be thought of as a great offensive weapon. If you know you’re going to get into a gun fight you bring a rifle. Preferably, you also call up all your friends with rifles and you tell them to go with you to the fight 🙂

But we have to carry handguns because they’re smaller, more concealable, we can take them anywhere and while not as powerful, they generally help stop bad people from doing bad things if you shoot them with it.

Handguns are also primarily defensive. That means 90% of the time you should only take your handgun out of the holster if you need to shoot somebody or something RIGHT NOW.

And a safety can get in the way of that.

Is A Safety Necessary?

Consider this video by Reid Henrichs on whether a manual safety on a pistol is a good idea.

Historically, he makes some great points …

He also makes some great points about how the 4 safety rules will keep you out of trouble.

He’s right of course, but the problem is we’re all human.

Different Guns Have Different Levels of “Built In” Safety

Manual safeties were basically invented for single action guns like the 1911. Because of the super light trigger pull of a single action pistol, the safety on 1911’s was necessary. They actually put two on there, the grip safety and slide safety (though I’ve heard that back in the day, the WWII era .mil guys used to rubber band the grip safeties down because they didn’t always engage properly and it was faster to get the gun into action that way.)

Of course, before that you had double action revolvers. The long trigger pull of a double-action revolver (because it has to both cock and release the hammer) makes them safe to carry without a safety because the length of the trigger pull generally makes a negligent discharge harder to achieve.

After that we have many double action/single action semi-auto handguns like the Beretta 92 series, the Sig P220 series, the HK USP series, etc. These all function similar to a revolver on their first shot — the first trigger pull both cocks and releases the hammer — and then the subsequent shots are all single-action.

This is actually a pretty ideal solution to the whole safety thing because even if the pistol has a manual safety (like the Beretta 92FS) Ernest Langdon recommends decocking the pistol, but leaving the safety off to carry it. That way the long trigger pull keeps you safer but there is still no manual safety to fumble with when you need to shoot something right now.

Finally, that brings us to the modern striker-fired semi-auto pistol which — love it or hate it — is represented by the Glock series of pistols. These are all striker fired and include the Glock, the M&P series, and the Sig P320 series, etc. These are arguably the most popular pistols in the world right now, as evidenced by over 65% of U.S. law enforcement using them, most civilians using them, and the military steadily switching over to them.

Now, for getting the gun into the fight fast, nothing beats the striker fired setup. No manual safety, no different trigger pull lengths. Just grab, aim and fire. Simple.

That also makes it more “dangerous”. Not really because there’s no manual safety, but again, because the trigger pull length is the same for the first shot as it is for all shots.

That means, in the aforementioned “house clearing” scenario — if you’re not perfectly following all the safety rules and you get a little too jumpy — you could easily have a negligent discharge.

I would never disagree with Ernie because of course he’s right. He’s forgotten more about guns than I’ll ever know. And he’s older, which makes him much, much wiser than me 🙂

Given that the Glock style pistols are the most popular pistols in the world — that’s millions of handguns out there using a striker fired setup with no manual safety — and while you do hear about a lot of negligent shootings, there’s not as many “accidents” as you would think.

Again, the safety rules work, but everyone is human. A longer first trigger pull does add a “layer” of safety.

The Importance Of The 4 Safety Rules (And 2 In Particular) 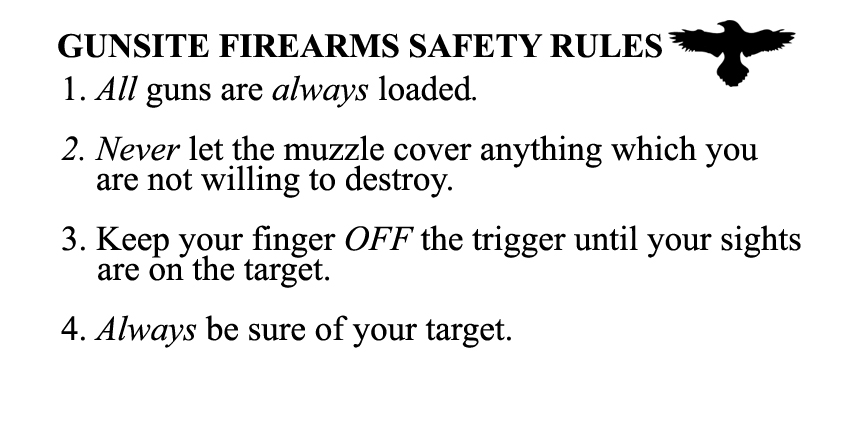 Like Reid mentioned in the video, your primary safety is your muzzle control. As long as your muzzle is not pointed at anything you don’t want to destroy, then even if you have a negligent discharge — nothing will get hurt. (Rule #2)

The second most important safety is your trigger finger discipline. In short, keep your finger off the trigger unless your sights are on target and you’ve made the decision to shoot. (Rule #3)

And if you follow all 4 rules, it’s almost impossible to have an “accidental” shooting handling a handgun (or any other gun).

The problem is, yes, we are all human and we all make mistakes. Nobody is perfect, and we’re all likely to break one of these rules at some point in time and that is — indeed — how people get hurt.

The TRUTH Is, The “Safer” The Gun, The Complicated It Is To Use

I know that I’m going to catch some heat for this, but it’s true.

The more mechanical safeties — or even procedures — needed to be utilized to fire the handgun makes it more complicated to use.

You see, when I first got serious about arming myself and training I bought a handgun. The one I always craved, the Sig P225 9mm. It fit like a glove, was slim for its time (the 80’s) and was double/single action.

I loved the all-steel Sigs. Then I eventually bought a Sig P229R for my wife because I loved Sigs so much and it’s a beautiful gun.

Eventually, as I trained more, I switched to a Glock 19.

The first time my wife took a training class, while she started with the amazing Sig P229R — she switched quickly to a borrowed Glock 19 Gen 2 because, quite simply, it’s much, much easier to use.

(Of particular concern is the fact that in 99% of the self-shootings in training classes, it’s when the gun is being re-holstered. To safely re-holster the Sig or other DA/SA guns, you absolutely MUST decock it before re-holstering slowly. That sounds simple but under a little bit of stress, it can easily be forgotten if you’re just starting out training.)

Yes, with just a little dedicated training a double action/single action gun is no more complicated to use than a striker-fired gun.

But let’s be honest here …

Most gun owners do not train.

Most gun owners are not that disciplined.

Most gun owners get flustered just figuring out how to administratively load, cock and get a gun ready for action. Or unload, clear it, etc.

And again, if they need a gun for self-defense they need it right now and they need to pull it out and start shooting without having to put any more thought into how to work it or what condition it’s in or whether it’s decocked or not, etc

The more simple the better.

Personally, I carry a Glock 19 now.

I’m not worried about not having a manual safety. I’m also very, very, religiously careful with the safety rules. ESPECIALLY when I holster the gun or do ANY administrative handling of the gun (aka not shooting it). I act like a total beginner and take it slow, and watch my hands like I’m disabling a nuclear weapon. It’s just worth it to be careful.

What Do You Think? Do You Need A Safety On Your Handgun?

Do you think a manual safety is necessary?

Do you need or want one on your carry gun? 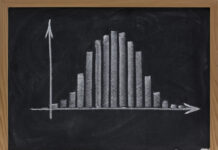 How This Guy Got Around A Background Check Takes The Cake