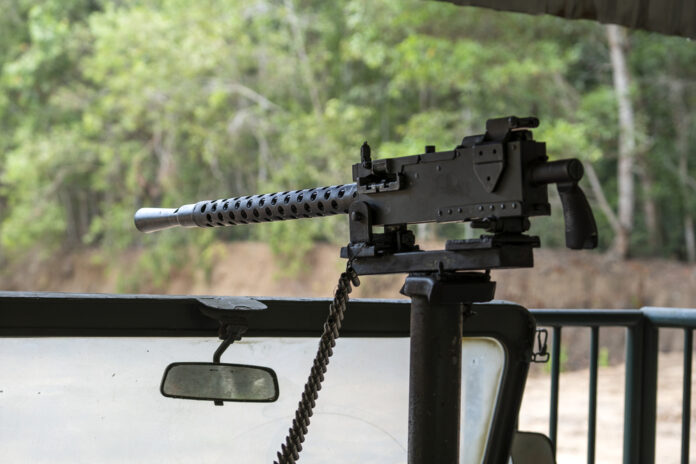 This is insane. Fully automatic weapons are nearly impossible to legally get your hands on in America. Yet, someone in a major American city was caught on video shooting a rifle in fully automatic mode during traffic.

I’m not even remotely kidding.

I wouldn’t have believed it if I hadn’t seen the video with my own eyes.

A person gets out of the backseat of a sedan while traffic was stopped at a light, runs up between the rows of cars, and starts firing. Thankfully, the magazine fell out, and the person with the rifle was, apparently, too clueless to know how to put the magazine back in to continue on a rampage.

Can you guess which city this happened in? If you guessed Chicago, you’d be absolutely right. The town with some of the strictest gun control laws in the nation and, yet, which also has one of the highest violent crime and gun crime rates in America, too. Think those two bits of information could be related?

But Chicago’s mayor, Lori Lightfoot, is like most anti-gunner politicians. She’s trying to pretend that gun violence isn’t really a problem in her city unless she can talk about it to stir up votes. Dan Zimmerman writes,

Chicago Mayor Lori Lightfoot has bigger concerns than the city’s notorious violent crime, gangs, and dead bodies. She declared another societal problem —  racism —  a public health crisis a couple of weeks ago and was roundly laughed at by those familiar with the city’s problems.

Rather than addressing issues like Chicago’s revolving door criminal justice system or a police force with an abysmally low crime clearance rate, the Mayor decided to point fingers and announce that she’ll only take questions from journalists of select skin colors.

She’s completely out of touch with reality. But if you want the reality of what living in Chicago is like these days, you can watch the video of the gunfire involving the automatic rifle below.

I wonder how Lightfoot is going to blame this one on racism and Donald Trump.

7 Tips For Armed Citizens To Fight Terrorists (By Massad Ayoob)