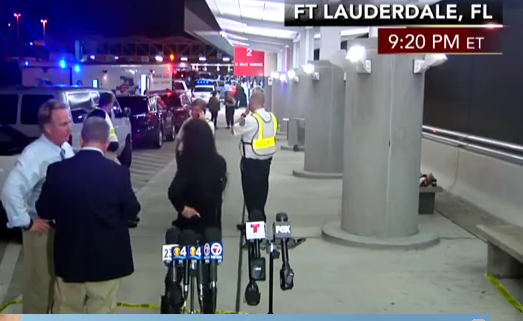 The media is seeing how far it can go to generate a buzz for more gun control. Of course, partisan politicians are trying to exploit the recent tragedy in Ft. Lauderdale.  A ban on guns in checked luggage is a pretty logical place for leftists to start. They can scream about how supporters of the Second Amendment won’t keep guns out of our airports and are therefore killing our children.

The N.Y. Times fired off an article with this line:

Gun-control supporters said the shooting raised questions about the efforts in some states, including Florida, to allow gun owners to carry firearms inside passenger terminals in airports, but it was unclear if the shooting would lead to calls for the T.S.A. to tighten firearm regulations.

Obviously, the N.Y. Times and various gun control groups will try to turn this killing into a political football, as shown above, they already have. However, it’s doubtful that the left will be able to take banning checked guns very far.

Here’s why leftist might not gain much traction with a luggage gun ban, look at this line from the exact same N.Y. Times article:

“Since there are so many states that allow the concealed and open carry of firearms in the nonsecure side of airport terminals, the carriage of firearms in checked baggage poses the same level of risk as any public building in which carrying firearms is allowed.”

Any idiot can see that if the baggage terminal of an airport doesn’t require screening, a luggage ban is moot. The shooter doesn’t need to check his bag, he can just put the gun in his waistband and walk into an airport. While liberals were pretty successful in fooling the public into thinking that so-called “assault weapons” were the same as machine guns, they just can’t fool anyone here. Requiring a full search to enter baggage claim is pretty impractical and will probably prove to be unpopular.

The “gun-free” zone zealots might try to ban guns in all airports, but a luggage specific ban by the TSA is pretty unlikely.

Could We Be On The Verge Of A HUGE 2A Breakthrough?