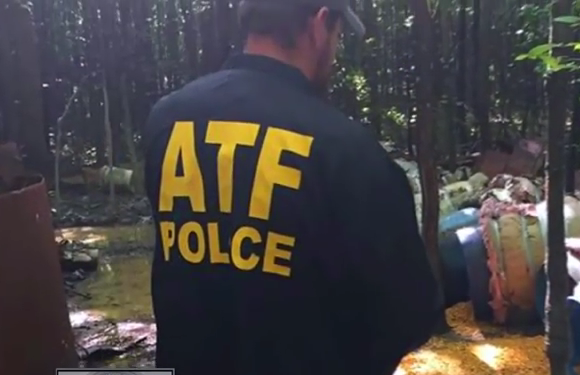 The ATF has been a train wreck for many years. From the Fast and Furious gun running scandal to contradictory confusing regulations, this federal agency has been a thorn in the side of gun owners and the American people for decades.

Finally, Congressman Sensenbrenner has put forth a bill to eliminate the ATF and wrap their duties into existing agencies:

The ATF Elimination Act would transfer law enforcement powers over firearms, explosives and arson to the FBI, while enforcement over alcohol and tobacco would go to the Drug Enforcement Agency. Sensenbrenner noted in a statement Thursday that elimination of the ATF would be a beneficial to cutting government spending.

“Common sense budgeting solutions are necessary, and the ATF Elimination Act is one measure we can take to reduce spending, redundancy, and practice responsible governance,” said Sensenbrenner. “The ATF is a scandal-ridden, largely duplicative agency that has been branded by failure and lacks a clear mission. It is plagued by backlogs, funding gaps, hiring challenges, and a lack of leadership.”

Sensenbrenner noted that cutting the ATF would help “begin draining the swamp” and would be in the “best interest” of taxpayers.

The ATF’s functions related to guns and explosives would be transferred to the FBI, while the ATF’s duties related to tobacco and alcohol would go to the DEA. Not only would this reduce government waste and duplicity, it would also eliminate a highly politicized government bureaucracy that is outright hostile to gun owners. The ATF was apparently fine with the Obama administration misusing statistics about their failed Fast and Furious gun running scheme to advance gun control. In fact, some more cynical observers, have suggested that the primary purpose of Fast and Furious was to advance gun control.

The ATF has a long history of making political decisions for the enforcement and interpretation of laws pertaining to gun dealers and manufacturers. It’s hard to imagine the FBI doing a worse job than the ATF is already doing when it comes to the rule of law. The bottom line is that this bill is a good thing for gun owners and dealers.

Should You Get A Carry Permit Even In THESE States?