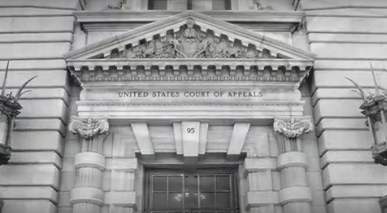 This fall we could be witnessing another major Supreme Court decision on guns. At issue is concealed carry in San Diego, where it is basically impossible for an average citizen to obtain a permit to carry a gun outside the home.

The plaintiffs argue that given the ban on open carry — which is being challenged in a separate lawsuit filed last August in Federal District Court in Los Angeles — the San Diego sheriff’s restrictive policy on concealed carry means that as a practical matter, “the typical law-abiding resident cannot bear a handgun for self-defense outside the home at all.” The question is whether there is any such right.

Significantly, in ruling against the plaintiffs last June by a vote of 7 to 4, the United States Court of Appeals for the Ninth Circuit didn’t actually answer that question. That fact may deter the Supreme Court from hearing the appeal — or, depending on the justices’ appetite for a major gun case, it may prove irrelevant. The justices have the power to frame just about any question they want to answer. If they want to decide the core question of whether the Second Amendment gives the right to carry a gun, in some manner, any manner, outside the home — which is to say, if four justices think they can count on an eventual fifth vote for that proposition, then this will be the case to grant.

It would be an activist grant, but that’s nothing new; remember last winter when the court agreed to hear a challenge to President Obama’s deportation-deferral program and added the politically charged question, not addressed by the lower court, of whether the president had violated his constitutional duty to “take care” to enforce the law. (That case ended in a 4-4 tie, with the question — almost surely framed by Justice Scalia — left unanswered.)

In his majority opinion for the Ninth Circuit last June, Judge William A. Fletcher explained why the court wasn’t answering the broad question. Because the plaintiffs were complaining only about the San Diego sheriff’s approach to concealed carry and had not directly challenged the state’s open-carry ban, Judge Fletcher wrote, “we do not reach the question whether the Second Amendment protects some ability to carry firearms in public, such as open carry.” Rather, he said, “we reach only the question whether the Second Amendment protects, in any degree, the ability to carry concealed firearms in public.”

And he answered the question this way: “Based on the overwhelming consensus of historical sources, we conclude that the protection of the Second Amendment — whatever the scope of that protection may be — simply does not extend to the carrying of concealed firearms in public by members of the general public.”

The New York Times recognizes that the matter before the courts can be framed as whether or not there is any protection whatsoever for citizens who wish to carry guns outside of their homes. Progressives are not happy with the way this issue can be framed, since the plaintiff is not asserting a specific right to open carry or concealed carry. The plaintiff is simply saying that some form of carry must be permitted.

That smart line of argument increases the odds of another victory for gun owners. Of course, the Supreme Court has to decide to hear the case, but if they do; gun owners in ultra-restrictive blue states could be given some form of relief. Fresh off several major victories in replacing “may issue” permit laws with “shall issue” ones, the NRA and California Pistol and Rifle Association could score a big victory here.

This is what a really great concealed carry course looks like...