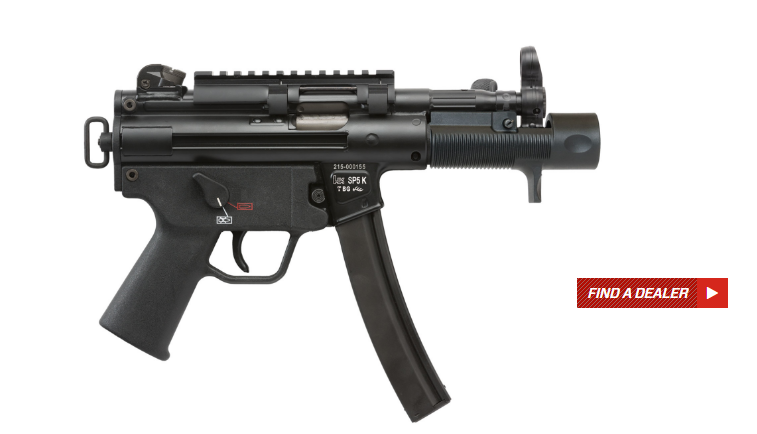 Pistols that were originally designed as submachine guns, generally suffer in the practicality department. A semi-auto version of the UZI or MAC-11 looks great, but that’s about it. For the same money you can buy a shorter, more accurate handgun and add an after market extended magazine, if you desire more capacity. Aside from pinking in the backyard, these guns never had much utility.

That changes with the SP5K, this gun is actually insanely accurate. It shot average 1.38 inch groups with Speer Lawman ammo at 25 yards in a recent American Rifleman test. It also has Picatinny rails for optics and weighs over a pound less than the Uzi. Not only is this gun a collectors dream, being an actual H&K variant, it’s insanely tough. There is a reason the Uzi is something only seen in 1980’s movies while MP5 predecessors are still used around the world.

The pistol is fired with a sling, which is a whole new technique. You can’t learn that technique without a SP5k!

Try not to drool:

Check Out The Glock G48

What Happened When A Magazine Ban Was Lifted