Home Guns Who Is The Fastest Draw In The West? 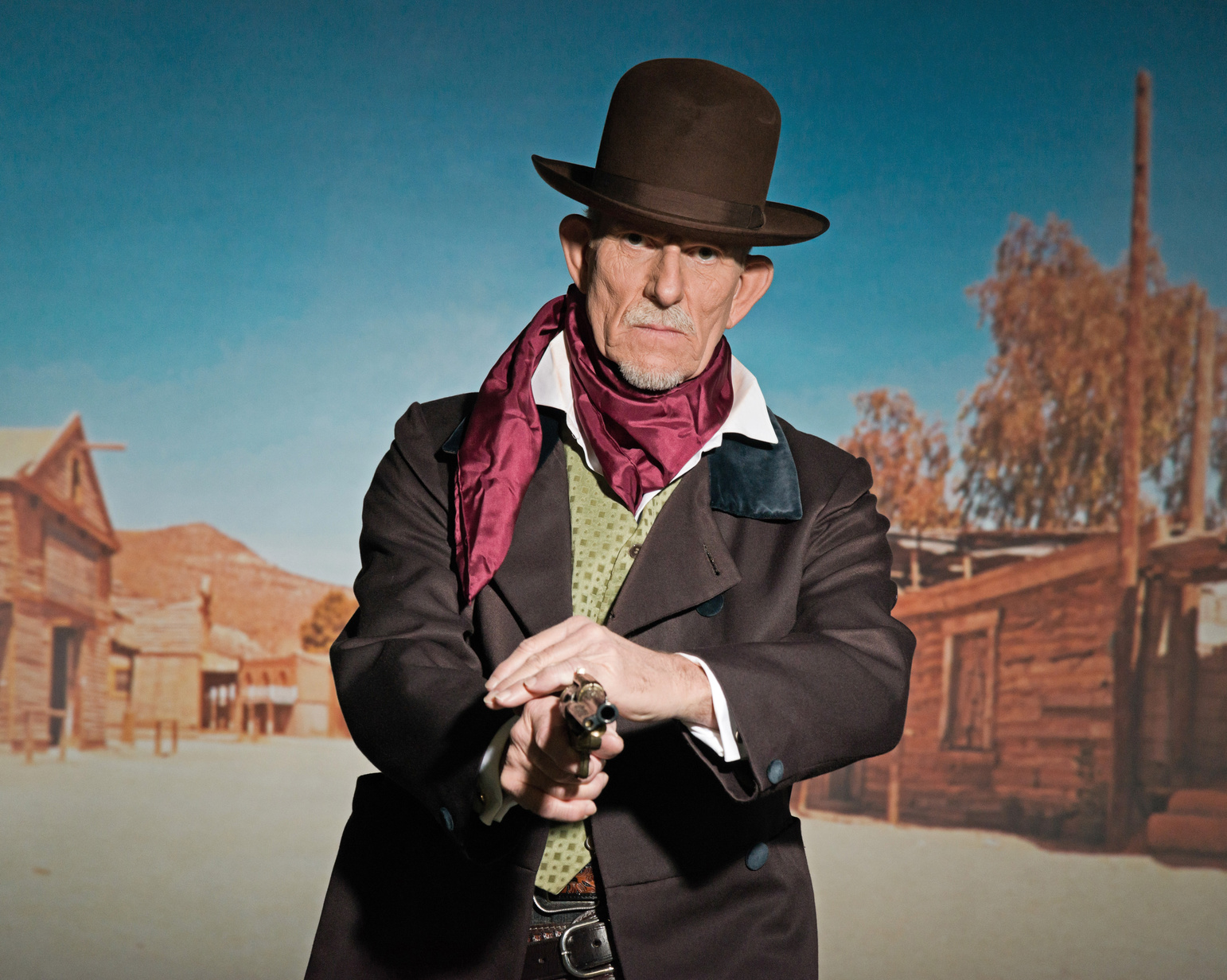 If you’re like me, you grew up watching television shows about cowboys and the Old West. The Lone Ranger was a regular in our home, and John Wayne was a favorite. And maybe you were left wondering who was the fastest draw in the West.

Well, some people are wondering who is the fastest draw now. On August 19, 2017, the Owatonna (Minnesota) Gun Club gathered for the Cowboy Fast Draw Association Minnesota State Championships. William Morris gives us details:

To compete, gunslingers — most of them wearing period garb such as fringed jackets, calico dresses, and of course cowboy hats — take to the firing line with hands hovering over holstered single-action .45 long Colt revolvers loaded with wax bullets. The objective is to shoot a 24-inch plate, 21 feet away, before the other shooter, but only once a light set into the plate turns on.

“The fastest three hits gets the win. The loser gets an X,” [Mark] Burnham said. Four X’s, and a shooter is out of contention.

Of course, being fast on the draw is only one aspect of winning. Morris continues,

It’s not an easy challenge, and many rounds saw more shots miss the target than hit, despite the fast-shooters adage cited by Bollock: “Fast is fine, but accuracy is final.”

“The guy who won the U.S. National this year is not a fast shooter,” Burnham said. “I’m faster than him, a lot of people here are faster than him. But when it came to the final, he did not miss.”

So, if you want to be the best gunfighter in the West, you’ll have to make sure that you can hit what you are shooting at.

And, if you’re still wondering who was the fastest draw in the Old West, Troy Bollock of Mitchell, South Dakota has this to say,

“Honestly, when you look at the history, there were very few stand-at-10-paces-and-draw fights. It was mostly two drunk cowboys leaving the hotel, and whoever was stupid enough to go first got shot in the back. That was your fast draw.”

So, maybe the advice to take away from the Old West, after all, is not to get into fights with drunk cowboys.
Advertisement

Is 1 State Becoming The Place To Be For Firearms Businesses?