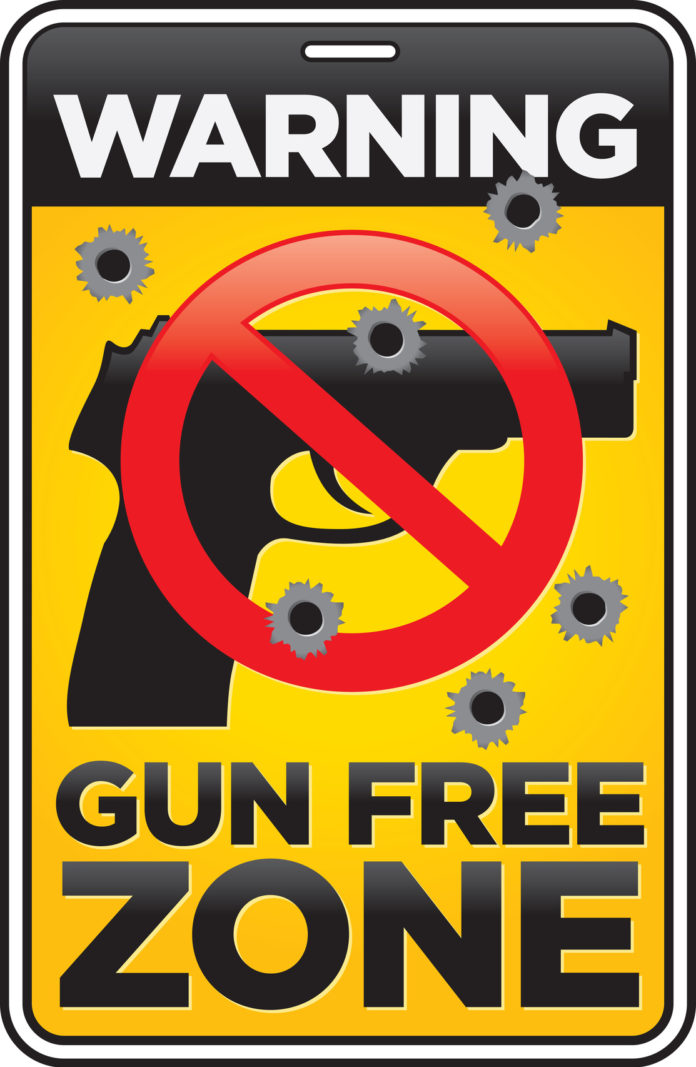 California has long been a hotbed of political controversy, and they have a long history of making political decisions that have no basis in either logical thinking or reality. Unfortunately, a proposed law, if passed, would only further this sad history.

“A safe learning environment is essential for our children to be successful in the classroom,” said McCarty. “That’s not possible if a school district allows armed civilians to roam California school campuses. [The] approval of AB 424 by the State Assembly is the latest example of California leading the nation’s efforts to reduce gun violence and keep guns out of our schools.”

Now, if you use gun control logic, this ban would completely prevent any kind of gun violence in gun free zones like schools. Apparently, Assemblyman McCarty has never read up on mass shootings. If he had, he would know that gun free zones have a higher probability of mass shootings occurring on that property. For example, the tragic church shooting in South Carolina occurred because the shooter went looking for a gun free zone. This is why the church was chosen. Another example is the shooting at Fort Hood. The shooter killed so many people because he (illegally) had a firearm on his person on base. And does McCarty really think that gun free zones will prevent gang violence on school campuses? What fantasy world is this guy living in?

Gun free zones do not decrease the number of gun deaths; they only make it easier for those who want to kill people to do the deed.

If he really wanted to reduce the amount of gun violence on campus, he would propose a bill for mandatory carry by all students on college campuses and by all faculty on all school campuses. Do you think any gunner would choose a campus for a shooting rampage if this were the case? No, they would look for a place with less guns aimed at them.

Mom Living In Gun Control Zone Was Lucky To Be Able...