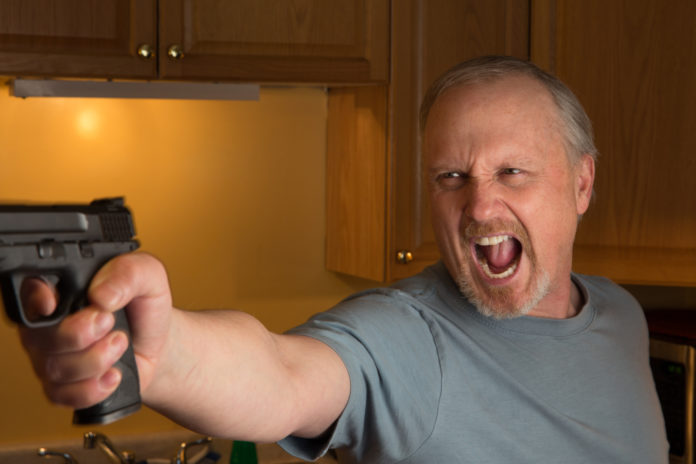 You see it everyday: The mainstream mass media in concert with anti-gunner politicians and activists tell the story that mass shootings are all alike and that only specific people with specific weapons commit these specific horrific crimes.

On Thursday, four journalists and one staff member of the Capital Gazette were murdered in the newspaper’s Annapolis, Maryland, office.

While the event was initially widely covered by all major news outlets, the media is likely to quickly move on from the story, just like it did with the Santa Fe High School shooting, because it doesn’t fit the right narrative. (Unlike many of the Parkland students, the Santa Fe students didn’t respond to the tragedy by calling for gun control measures.)

So, why aren’t you hearing about this shooting? Swearer gives two reasons. The first reason is that this shooting proves, yet again, that gun control doesn’t prevent mass shootings.

The second reason that the media doesn’t want to talk about this shooting is because they tried to immediately pin it on Trump when it happened saying that his accusations of fake news caused the shooter to fire the gun. The problem with that thinking? The shooter wasn’t politically motivated. The shooter had a personal beef with people at that newspaper. So, the mainstream media’s response isn’t to own up to their error and acknowledge and correct it. Their response is to try to pretend like it didn’t happen.

And these two reasons are why we can’t let this story die. If people on the fence are to understand the truth about the mainstream media and gun activists and the truth about how to protect people from mass shootings, then folks have to be educated. This shooting is a perfect wake up call to give the world and to keep repeating over-and-over-and-over. No, not to glorify the shooter, but to educate the ignorant and to shame the dishonest and opportunistic.

More Teachers Are Willing To Consider Carrying Guns In Class