Home Guns March For Our Lives Is Starting To See Scary Results In This... 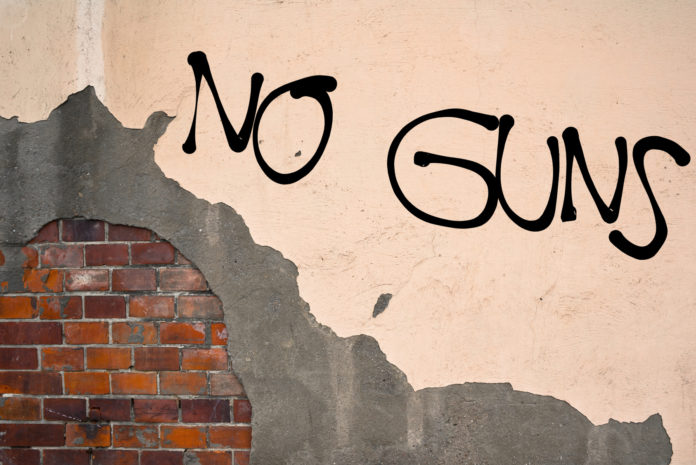 If you’re reading this page, it seems pretty safe to assume that you believe that the Parkland, Florida students who started and are pushing the March For Our Lives movement may be well-intentioned, but are definitely misguided.

To put it plainly, their efforts to ban guns are wrong on several different levels and won’t decrease violence.

But, unfortunately, the State of Florida seems to have bought into the gun control propaganda hook, line, and sinker. Mac Slavo writes,

More than 450 people in the state of Florida have been ordered to give up their guns by the state government. Under the new law signed by totalitarian governor Rick Scott, the Risk Protection Order aims to “temporarily” remove weapons from gun owners who have been deemed by a judge to possibly be a threat to themselves or others.

In the aftermath of the shooting in Parkland Florida, Governor Scott signed gun control bills into law just three weeks after 17  people were killed at Marjorie Stoneman Douglas High School. According to Fox News,roughly 200 firearms have been confiscated in the state since the law was enacted.  Sgt. Jason Schmittendorf, of the Pinellas County Sheriff’s Office, told WFTS-TV, “Around 30,000 rounds of ammunition” were also seized.

Look at those numbers again. 450 people have been ordered to give up their firearms not because they have actually committed a crime but because their state government thinks that they might commit a crime with a firearm.

This Florida law is an anti-gunner’s dream come true, and, because of that, it’s simply a way for the government to make people less safe.

Way to go Florida for both trampling the Constitution and people’s safety.

What Do You Do If You Feel Intimidated? If You’re A...

What Is Everytown Trying To Hide By Doing This?