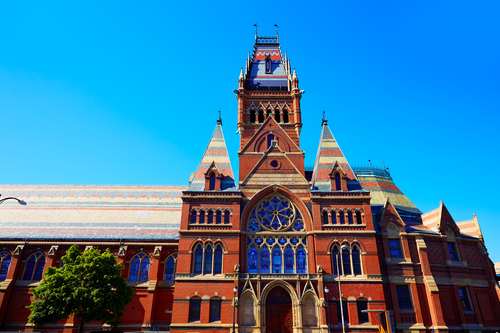 Here’s a study that you’re not likely to ever hear about on the evening news or on a mainstream media news channel. Why? Because, even though it cites data sources that anti-gunners like to use to try to justify their wrong-headed position on guns, this study uses all of the data to come to an honest conclusion. And what is that conclusion?

To be fair, they didn’t use that exact phrase, but an article on beliefnet.com gives us the details:

According to a study in the Harvard Journal of Law & Public Policy, which cites the Centers for Disease Control, the U.S. National Academy of Sciences and the United Nations International Study on Firearms Regulation, the more guns a nation has, the less criminal activity.

In other words, more firearms, less crime, concludes the virtually unpublicized research report by attorney Don B. Kates and Dr. Gary Mauser. But the key is firearms in the hands of private citizens.

“The study was overlooked when it first came out in 2007,” writes Michael Snyder, “but it was recently re-discovered and while the findings may not surprise some, the place where the study was undertaken is a bit surprising. The study came from the Harvard Journal of Law, that bastion of extreme, Ivy League liberalism. Titled Would Banning Firearms Reduce Murder and Suicide?, the report “found some surprising things.”

The popular assertion that the United States has the industrialized world’s highest murder rate, says the Harvard study, is a throwback to the Cold War when Russian murder rates were nearly four times higher than American rates. In a strategic disinformation campaign, the U.S. was painted worldwide as a gunslinging nightmare of street violence – far worse than what was going on in Russia. The line was repeated so many times that many believed it to be true. Now, many still do.

Today violence continues in Russia – far worse than in the U.S. – although the Russian people remain virtually disarmed. “Similar murder rates also characterize the Ukraine, Estonia, Latvia, Lithuania, and various other now-independent European nations of the former U.S.S.R.,” note Kates and Mauser . Kates is a Yale-educated criminologist and constitutional lawyer. Dr. Mauser is a Canadian criminologist at Simon Fraser University with a Ph.D. from the University of California Irvine. “International evidence and comparisons have long been offered as proof of the mantra that more guns mean more deaths and that fewer guns, therefore, mean fewer deaths. Unfortunately, such discussions are all too often been afflicted by misconceptions and factual error.”

We could go on with more and more information, but you get the idea. This Harvard study simply demolishes claims from anti-gunners about guns reducing violence. It’s simply not the case. Gun ownership by private citizens actually reduces violent crime, and don’e let anyone tell you otherwise.

What Are Your Criteria For Buying a Handgun?

How to test a new handgun (don’t trust a gun unless...