Home Guns Surprise! Harvard Discovers What You And I Already Knew About Guns 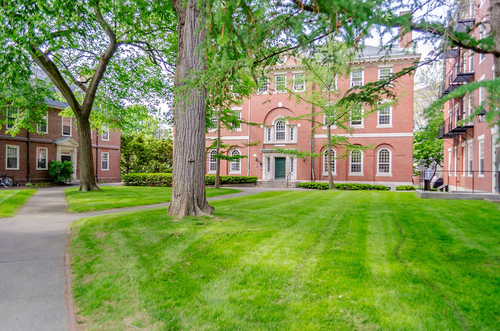 It’s no secret for anyone following the news that most colleges and universities in America are overrun with people who are hostile towards our Constitutional rights, and, of course, this means that they are hostile to private gun ownership.

So, imagine my surprise when I came across an article from Harvard University which not only was not hostile to gun ownership but actually accurately reported a benefit of having the public own guns. An article on beliefnet.com gives us the details:

According to a study in the Harvard Journal of Law & Public Policy, which cites the Centers for Disease Control, the U.S. National Academy of Sciences and the United Nations International Study on Firearms Regulation, the more guns a nation has, the less criminal activity.

In other words, more firearms, less crime, concludes the virtually unpublicized research report by attorney Don B. Kates and Dr. Gary Mauser. But the key is firearms in the hands of private citizens.

Yes, you read that correctly: data from the CDC and the United Nations, both who have been openly hostile toward private gun ownership, actually shows that crime is less when private citizens own guns.

Now, if you’re like me, it would be easy to blame this common misconception about gun ownership on anti-gunners, and, certainly, they have spread this misinformation (yes, saying that private ownership of guns causes increased crime is fake news) far and wide. But where does the real blame come from? Again, from the beliefnet.com article:

The popular assertion that the United States has the industrialized world’s highest murder rate, says the Harvard study, is a throwback to the Cold War when Russian murder rates were nearly four times higher than American rates. In a strategic disinformation campaign, the U.S. was painted worldwide as a gunslinging nightmare of street violence – far worse than what was going on in Russia. The line was repeated so many times that many believed it to be true. Now, many still do.

That’s right: the real Russian disinformation campaign was against private gun ownership, not about the most recent Presidential election. Throw that in the face (politely) of your anti-gunner friends when they want to talk about fake news and disinformation.

So, stand proud about being a gun owner, and continue to stand up for your rights. The safety of everyone is at stake.