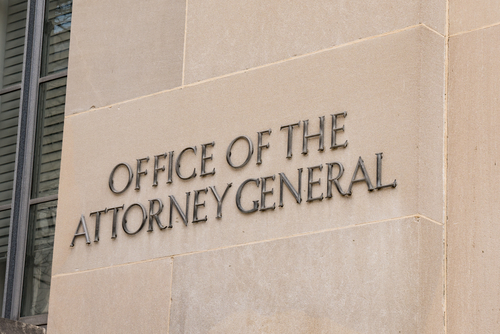 One of the issues that Donald Trump campaigned on that enabled him to get into office is gun rights. You and I believe in them, and he campaigned to protect them. But is he breaking that pledge with his pick for the next Attorney General?

In case you’re not familiar with Trump’s nominee, William (Bill) Barr has a ton of experience working as a Federal prosecutor and in the Justice Department. It seems pretty clear that he is both experienced and qualified. The problem, though, is that those two factors doesn’t mean that he is looking to do the right thing on issues important to us.

Specifically, when the subject of gun control came up, Barr said that this issue was the “problem of our time.” Matt Zapotosky, Karoun Demirjian, and Seung Min Kim, writing for The Washington Post, write,

Calling the gun violence epidemic the “problem of our time,” Barr called for improvements in state gun laws that would help authorities detect people with mental illnesses to ensure they don’t have access to firearms.

In his afternoon testimony, Barr acknowledged that the current background check system for firearms is “sort of piecemeal” and called for states to pass red flag laws, which would allow guns to be temporarily seized from those people deemed a threat. Such laws would help supplement background checks to ensure people with mental illnesses could not obtain a gun, Barr said.

“This is the single most important thing I think we can do in the gun control area to stop these massacres from happening in the first place,” Barr said under questioning from Feinstein, one of the fiercest advocates of stricter gun laws.

Barr added, “We really need to get some energy behind it and get it done.”

The attorney general nominee continued to speak about gun policy under questioning from Sen. John Cornyn (R-Tex.). Barr said while the right to own a gun is protected under the Second Amendment, “there’s room for reasonable regulation” on firearms laws.

“What I would look for is . . . what’s the burden on law-abiding people, and is it proportionate to whatever benefit in terms of safety and effectiveness will be conferred?” Barr told Cornyn. “As I said just a moment ago, let’s get down to the real problem we’re confronting, which is keeping these weapons out of the hands of people who are mentally ill.”

If this information doesn’t scare you enough, maybe the fact that rabid anti-gun Senator Dianne Feinstein said that she looks forward to working with Barr on using red flag laws to disarm Americans will make it clear how bad a choice Barr is for gun owners.

Maybe someone out to send Barr a link to this article about why universal gun rights are vitally important.

Regardless of whether you send him a link to that article, it’s pretty clear that Bill Barr is a terrible choice for Attorney General when he doesn’t even uphold straightforward and clear Constitutional principles like the right to bear arms.

Contact your Senators and the office of the President and have them give us an Attorney General who will look to uphold all of the Constitution and not just the parts that he likes.

You’ve Never Seen A Holster That Can Do This

Tell Your Anti-Gunner Friends: This Is How Gun Control Failed In...