Home Guns Rifles That You Should Consider To Protect Your Home 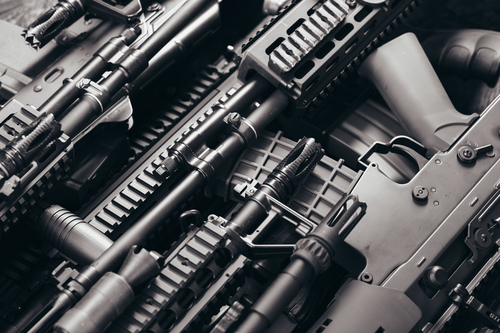 While handguns are the go to weapon for everyday carry, you may want to consider something larger for home protection. While shotguns are popular because they scare intruders and because you don’t have to be as precise in your aim to do damage, it’s precisely this “flexibility” in aiming that may make you want to opt for a rifle instead for home defense.

But what kind of rifle to get?

While there are an unbelievable number of options out there, a writer going by Mike S. specifically recommends five different rifles for home defense.

Perhaps the most popular rifle in the U.S. is the AR-15. It was designed in 1960 by Armalite for the U.S. military and has remained in military use for six decades. For home defense purposes, I strongly recommend the shortest barrel length you can legally own. In some cases, this can be a SBR (short barreled rifle) registered with the National Firearms Branch of the Bureau of Alcohol, Tobacco and Firearms (ATF) for a $200 tax. SBRs have barrels less than 16 inches in length and can be as short as 7.5 inches. This makes the rifle more compact and maneuverable within the confines of the home.

The second rifle that Mike S. recommends is the Kriss Vector because of it’s “reduced recoil” and because it is chambered in 9mm or 45 ACP. Easy to find ammo and extended magazines are reasons to consider this rifle.

Third on the list is the FN PS90. Because this little weapon was designed for personal defense and it has little recoil, this firearm provides options for maneuverability in close spaces, very useful traits in tight spots like inside a home.

Lever action rifles made by Winchester, Marlin, Rossi and several others chambered in one of the magnum handgun calibers such as 357 Magnum, 44 Magnum or 45 Colt make for a very effective and compact system for people who reside in areas where the ownership of semiautomatic rifles may be restricted or draw unwanted attention. Five to 10 rounds of a powerful revolver cartridge with the added ballistics of a longer barrel make these a primary fight-stopper.

And last on the list is the Ruger 10/22 because of it’s accuracy and low recoil.

While these five rifles give you good options to choose from, notice the consistent themes that run through Mike S.’s choices: low recoil, common ammunition types, shorter barrels, and quick fire. If you keep these principles in mind while shopping for your next rifle for home defense, you’ll likely choose a good fit for your situation.

1 Tool To Survive Nearly Anything

Satire Site Blows Away The ‘Blame The Gun’ Fallacy

Check Out The Glock G48