Home Guns Will This Supreme Court Case Turn The Anti-Gun Tide In This State? 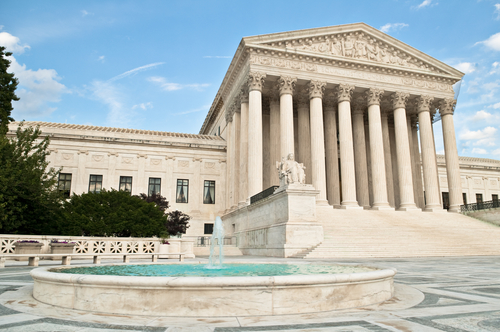 So many anti-gun politicians seem to have stepped up their efforts recently to take away our right to bear arms and to defend ourselves that you could be forgiven for wondering when our gun rights would completely disappear. It’s an incredibly frustrating thing to see happen in our country.

And that is exactly what our court system is for: to prevent bad laws from being enforced and to prevent people from being abused by people who make unconstitutional laws. Fortunately, though, the Supreme Court has agreed to hear a case which could begin to turn the anti-gun tide in a gun control advocate’s dream: New York State. Frank Miniter gives us the details:

At the SHOT Show in Las Vegas this past week – an annual trade show put on by the National Shooting Sports Foundation (NSSF) – the U.S. Supreme Court’s decision to finally hear another Second Amendment case is the second thing everyone is talking about – the first being the coolest and smartest new gun designs being unveiled.

Everyone except Larry Keane that is. He’s the senior vice president and general counsel for the NSSF, and for him, the court’s decision is first and foremost on his mind. “With the addition of Justice Brett Kavanaugh to the Supreme Court, this case could be decisive,” says Keane.

The case, New York State Rifle & Pistol Association Inc. v. New York City, at a minimum will decide whether or not a New York City law that limits residents’ ability to transport their guns outside of their homes is constitutional. Currently, residents in that city can carry a licensed (if they can get one), locked and unloaded handgun to one of seven shooting ranges within city limits, but nowhere else, including homes or shooting ranges outside of the city.

Keane is worked up because lower courts have been disagreeing with each other over basic gun rights questions for years. Some courts have even ruled that a local government can ban the most popular firearm design sold today – semiautomatic firearms – just because some are cosmetically different than others.

“It is long past time for the Supreme Court to give some guidance,” says Keane as we stand on the trade show floor amidst miles of aisles of guns and related products. “The Second Amendment of our Bill of Rights shouldn’t be treated as if it is irrelevant, as New York City has done. Too many lower courts have simply disregarded Heller.”

So, with this court case, it looks like the Supreme Court has an opportunity to reign in anti-gunner politicians from their unconstitutional gun grabber ways. And, with Brett Kavanaugh on the bench in the Supreme Court now, we finally have a chance to have a Constitutional court ruling on this right-to-carry case.

We’ll be keeping a close eye on this one.

Almost 20% Of All States Now Have Gun Sanctuaries