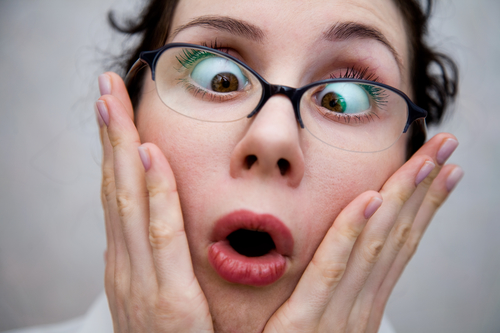 When you see what some anti-gunners say, you find yourself simply shaking your head in disbelief. You simply can’t make this stuff up, it’s just that bizarre.

Today’s exhibit is a statement by a lawyer for Bloomberg anti-gun group Everytown for Gun Safety. Victor Joecks gives us the details:

Faced with a difficult question about the background check bill, a lawyer for Everytown for Gun Safety recommended violating federal law.

On Tuesday, state Senate Majority Leader Kelvin Atkinson, D-North Las Vegas, and William Rosen, an Everytown attorney, presented a universal background check bill. It mirrored the initiative, Question 1, passed in 2016. The only difference is that it requires state-run background checks on private-party firearm sales and transfers. The initiative required the FBI to run those checks, but the feds refused — which is why it never went into effect.

The proposal, Senate Bill 143, exempts some exchanges, including ones that occur between immediate family members. That includes spouses, parents and children, but not in-laws. Assemblywoman Jill Tolles, R-Reno, shared that she bought her first firearm from her sister-in-law and previously received hunting rifles from her father-in-law. Tolles asked if those transfers would now result in a gross misdemeanor.

“In those instances, the simplest solution would probably be for your spouse or your sibling, if they took possession of the gun and then gave the gun to you,” Rosen said.

That’s a logical solution with one small problem. That would be a straw purchase, which is a crime punishable by 10 years in jail.

Under federal law, a straw purchaser is someone who obtains a firearm intending to transfer it to someone else. The goal is to stop someone without a criminal record from buying a gun for someone who can’t obtain one legally. Having purer motives doesn’t make it any less illegal. None of that seemed to occur to Rosen — until a gun store owner pointed it out while testifying against the bill.

Rosen’s response was terrible advice but an excellent illustration of the best argument against the bill.

“Laws like this only apply to people who are law-abiding,” state Sen. Ira Hansen, R-Sparks, said.

If a gun-control advocate can spontaneously describe how to get around a background check, criminals aren’t going to have a problem ignoring the law. It will, however, be a hassle for responsible gun owners.

Remember, now, that the person who is advocating for people to commit a crime is a lawyer for one of the biggest anti-gun organizations in the country. And that he also, inadvertently, gave clear examples of why background checks don’t work.

With claptrap like this being spouted by gun control “leaders,” you would think that killing the foolish message of promoting gun control would be easy, but, sadly, too many people buy into this line of thinking hook, line, and sinker. And that is why we have to remain vigilant in protecting gun rights.