Home Guns Is This The Way To Finally Shut Down Gun Control Activists In... 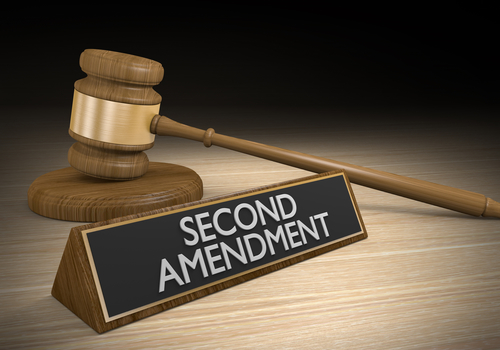 No matter how much sensible people like you and I would like and no matter how much anti-gunners would like to call the matter “settled,” the battle for gun control in America (and, therefore, for gun rights) doesn’t look like it’s going away anytime soon.

Fortunately, though, there may be a way to finally get the issued settled, and by “settled” I mean “constitutional carry for all Americans.” But the solution may not be what you are expecting.

You see, most people on both sides of the gun control issue are trying to get the Federal government to take sweeping action and implement a policy across the entire U.S. But, maybe, the answer is no to focus on fighting for that ruling on the Federal level and, instead, to focus on the enforcement side of things on the state and local level.

And, surprisingly, this solution unintentionally came from an anti-gun activist. Mike Maharrey writes,

Colleen Coble, CEO of the Missouri Coalition Against Domestic and Sexual Violence, noted that there is already a federal law on the books that prohibits people who have been convicted of domestic violence who have had a protective order issued against them from possessing a firearm.

So, if there is a federal law on the books, why are gun lobbyists pushing for a state law in Missouri?

Because the feds can’t enforce their law alone. As the News Tribune reported:

Moms Demand Action wants legislators to know it is inefficient to have a federal law with no way for the local police officer, or prosecutor or judge to enforce the law, Coble said.

“I don’t know about you, but in my neighborhood, I don’t routinely see an (Alcohol, Tobacco, Firearms and Explosives) officer,” she said. “And that’s where we are. That’s what the process is now. You would have to find a federal ATF officer to make your report to — that you’re a victim of domestic violence and the person who hurt you still has a firearm.”

The feds need state and local personnel and resources to enforce their gun laws. They can’t do it alone. The federal government already has laws on the books that do exactly what Moms Demand Action want done. But it doesn’t matter, practically speaking. There exists no way to enforce it unless the state empowers its police to do the job.

This is exactly why James Madison said “a refusal to cooperate with officers of the Union,” would “present obstructions which the federal government would hardly be willing to encounter.”

In other words, states can stop federal gun control dead in its tracks by simply withdrawing enforcement support. Two bills introduced in the Missouri legislature would do just that.

Even the Supreme Court even supports this strategy. Refusal to participate in federal enforcement rests on a well-established legal principle known as the anti-commandeering doctrine. Simply put, the federal government cannot force states to help implement or enforce any federal act or program. The doctrine is based primarily on five Supreme Court cases dating back to 1842. Printz v. U.S. serves as the cornerstone.

“We held in New York that Congress cannot compel the States to enact or enforce a federal regulatory program. Today we hold that Congress cannot circumvent that prohibition by conscripting the States’ officers directly. The Federal Government may neither issue directives requiring the States to address particular problems, nor command the States’ officers, or those of their political subdivisions, to administer or enforce a federal regulatory program. It matters not whether policy making is involved, and no case by case weighing of the burdens or benefits is necessary; such commands are fundamentally incompatible with our constitutional system of dual sovereignty”

In short, states and localities have a great deal of power.  When they refuse to participate in the enforcement of federal programs, they can bring them to an end without relying on the federal government to limit itself.

So, to be clear, I think that there can be value in fighting on the Federal level to keep our gun rights (if we don’t have to have our state refuse to enforce anti-gun laws, then it’s simpler for everyone), but we should fight hard to have our individual states refuse to enforce gun control measures. By doing this, we effectively nullify Federal gun control where we live.

Now You Can Get LEGAL “Full-Auto” Triggers In Your AR-15!

You Will Be DISGUSTED When You Hear Details Of 1 Cop...