Home Guns Nearly 2/3 Of Sheriffs In This State Refuse To Enforce State Gun... 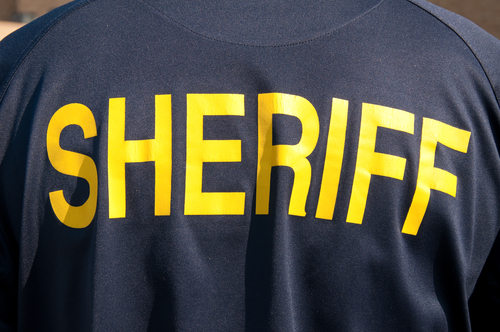 A perfect example of this support of gun rights comes out of New Mexico, where many, many sheriffs are doing the right thing. AWR Hawkins writes,

The latest count on the public backlash against gun control reveals that 21 of New Mexico’s 33 counties have now declared themselves “Second Amendment Sanctuaries.”

The declarations signal that the commissions in those counties stand with their sheriffs in refusing to enforce the latest state-level, Democrat-sponsored gun control.

On February 23, 2019, Breitbart News reported that 14 of New Mexico’s 33 counties had declared sanctuary status. And the Albuquerque Journal predicted the number of declared counties would likely climb.

The Ruidoso Newsreported that seven more counties have now joined the list, bringing the total to 21.

Oh, and Hawkins also notes that “[t]he New Mexico Sheriff’s Association also made clear it plans to sue the state if the new gun controls [which use red flag laws to seize firearms] are enacted.”

This is the kind of law enforcement activity that we need more of in this country, the kind of activity in which law enforcement works with the people to restrain the gun grabbing hand of irrational people (in other words, anti-gunners and their cronies in legislatures).

These law enforcement officers deserve our support in their efforts to make sure that we are able to exercise our Constitutional right to bear arms. Be sure to give them that support.

Why I like Magpul’s cheap backup sights for AR-15’s (Magpul Mbus...

What Happened When A Magazine Ban Was Lifted