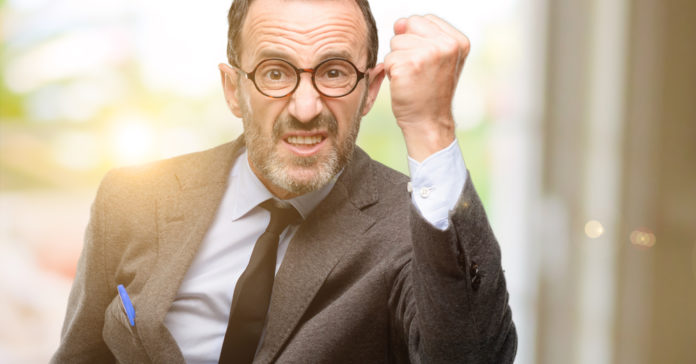 But maybe you’re wondering why they feel like they are justified in reporting gun news with such a blatant and dishonest slant. Sadly, at least part of the reason is because academics living in ivory towers (instead of the real world) tell the mainstream media what to think or at least tell them that they are okay in thinking things which simply aren’t true.

Want an example of this kind of disgusting “academic” bias? Well, since you asked, here you go: Whitney Tipton writes,

Journalists can be too balanced when covering gun research and shouldn’t always ask for input from pro-gun groups like the NRA, a Johns Hopkins professor said, according to an article Monday.

“6 tips for reporting on gun policy and gun violence” was published Monday by Harvard’s Shorenstein Center on Media, Politics and Public Policy, and is based on an interview with Jon Vernick, a professor at Johns Hopkins University and co-director of the Johns Hopkins Center for Gun Policy and Research.

The guideline aims to give pointers to journalists covering the gun beat and advised that “If you’re reporting the facts of an evidence-based study, don’t try to ‘balance’ the coverage with an opposing opinion.”

“I think journalists actually do a good job already of balancing — maybe too good a job, depending on your perspective.”

“And so when I will do a research study and the studies get coverage, I sometimes wonder if it’s necessary to have a non-researcher from the NRA or another group respond,” Vernick said.

“At least in my experience, journalists bend over backward to give organizations like the NRA or other gun-owning or opposition groups a chance to comment, sometimes on things that they don’t know very much about,” he said.

Vernick told The Daily Caller News Foundation Tuesday he thinks “balance is important in all reporting. And I certainly believe that the NRA and other pro-gun groups should have the ability to make their positions on policy matters known.”

Vernick further clarified his remarks: “The point I was trying to make – perhaps not entirely clearly – is that when a research study is being reported on, the ‘balance’ should come from an individual or group with expertise in judging the quality of that research – not simply a group that is unhappy with the finding.”

“For Mr. Vernick, who works for an institution that is literally bought and paid for by gun control billionaire Michael Bloomberg and who himself lacks a PhD, to question the NRA’s ability to analyze research claims is absurd. It’s not surprising he is advising journalists to  produce one-sided reporting on the issue of gun control.”

When asked if journalists should contact qualified research staff at pro-gun groups like the NRA, Vernick agreed. “If the NRA has staff trained in research methods and analysis, then (in my view) such a person would indeed be qualified to comment on the quality of a research study.”

Harvard’s Shorenstein Center did not respond to TheDCNF’s request for comment.

Now, think about this guy’s comments. He devalues input into news articles given by the NRA and other pro-gun groups because he assumes that the researchers providing information to pro-gun organizations not given by “qualified” researchers, never mind what the facts actually are.

Of course, it doesn’t take a genius to realize that the mainstream media overwhelmingly takes what academics like Vernick say without actually checking the accuracy of the information. Why? Because it fits the narrative that they want to provide.

And it’s because of this bias in both the mainstream media and in academia that we have to be especially diligent to get the truth out about firearms and pro-gun people.