Home Guns This May Be The Most Idiotic Case Of Anti-Gun Censorship Which You’ll... 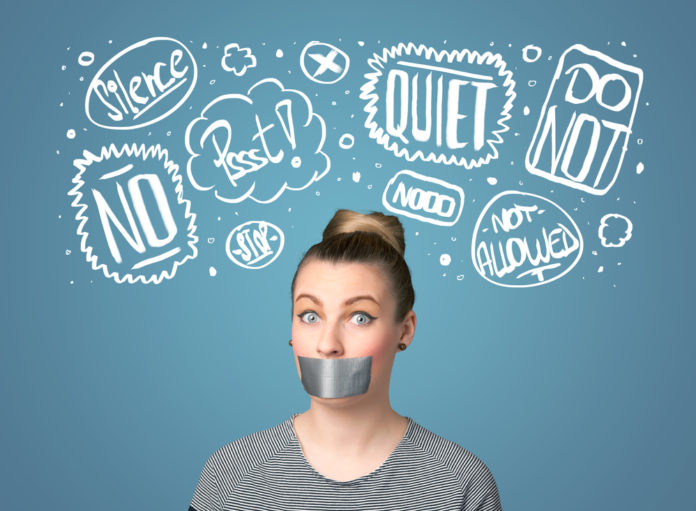 Censorship is a huge problem in our world today. Sure, we have rights under the Federal government to speak our mind more freely than in many other countries, but on the state and local level, censorship can be a huge problem (and don’t get me started on social media’s censorship of opinions that they disagree with).

Still, even with all the censorship experienced on state and local levels, a recent story out of Maryland may take the cake for this years stupidest anti-gun censorship (hat tip to here for the lead). Lenore Skenazy writes,

A Maryland eighth grader was suspended for three weeks and did not get to graduate with his class in June. This was his punishment for appearing in the background of a friend’s video in which said friend held a disabled airsoft gun. The eighth grader also posed for a photo with the friend, who held him in a headlock with the fake gun pointing at his head. The picture was shared with 13 other friends on Snapchat.

Are you silently giving thanks that social media didn’t exist when you were a middle schooler? Me too. The 14-year-old boy later admitted he was trying to look like a “badass.”

On Monday his dad—David Bernstein, a nonprofit director—wrote a piece about the incident for The Washington Post. He said he had asked the private Silver Spring school to reconsider the punishment. After all, his son did not threaten anyone with a gun. He did not own a gun. He did not say anything about wanting to kill students, or take his own life, or do anything violent. He was, his dad wrote, just being a “knucklehead.”

But the school insisted the incident was “very, very serious” and therefore warranted suspension through the end of the year.

Now, I don’t know about you, but I did some stupid stuff when I was fourteen. Probably everyone did some stupid stuff at that age. But this kid didn’t threaten anyone. He didn’t hurt anyone. And, let’s be frank, his teachers were probably listening to music with lyrics advocating more violence than this silly video supposedly advocated.

Was what the kid did stupid? Absolutely. Did this deserve a suspension? No. Since when does a kid’s off-campus activities become the business of the school?

It doesn’t. But that is the paranoid, childish culture that we currently live in.