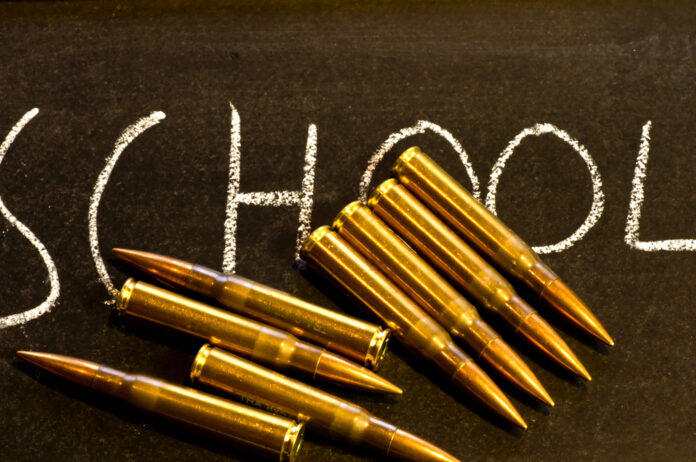 But we don’t live in a perfect world, and anti-gunners are delusional if they think that gun control will save lives.

Now, anti-gunners would have you believe that the parents of the victims of the Parkland shooting agree with them that we need more gun control, but that just isn’t the case, at least not when it comes to Andrew Pollack.

No, on the contrary, Pollack has no problem laying the blame for mass shootings right where it belongs: at the feet of leftists and the anti-gun policies. AWR Hawkins writes,

Andrew Pollack is using speaking engagements and video opportunities to tell audiences that guns do not cause school shootings, leftist policies do.

During a TPUSA video, Pollack stressed that the right response to school shootings is “to arrest criminals, not ban guns.”

He noted that people who call for more background checks either ignore or do not know that the Parkland attacker passed a background check to get the gun he used. Pollack said the big problem is that school districts are crippled by leftist policies that prevent them from recognizing and/or reporting criminality among certain students.

Pollack said these “politically correct policies to decrease juvenile arrests” spare individuals with criminal tendencies from compiling a record, thereby leaving a clean history with which they pass a background check when they attempt to buy a gun.

Well, that’s pretty straightforward, and you don’t have to be a genius to see the logic of Pollack’s argument. But that doesn’t mean that anti-gunners will ever hear this truth in the mainstream media, and even if they did hear it, anti-gunners are too busy being offended by people with different opinions to be able to hear the truth.

And this is why you and I need to continue to fight for our gun rights at the local, state, and Federal level. Because (often willfully) ignorant people vote, too, and we need more educated and intelligent people voting than anti-gunners with idiotic policies.

Do You Support This CONTROVERSIAL Interpretation Of The 2nd Amendment?