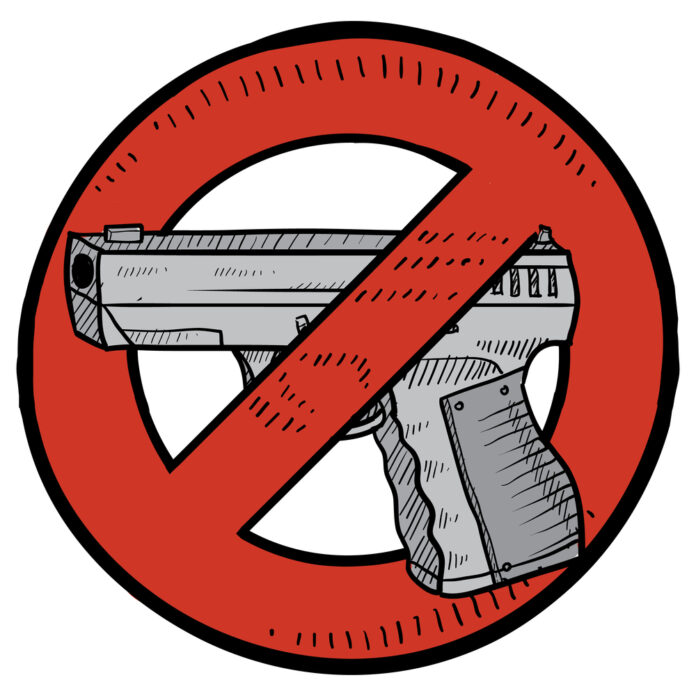 Do you know what the biggest problem with people advocating for “common sense” gun control is? It’s that common sense is incredibly uncommon in our world.

You’ve seen it. It’s the dumb crook news that you read about online. It’s the guy washing his car in the rain. It’s the woman thinking that she doesn’t need to learn self-defense because she finds the idea “uncomfortable.” And, yes, it is people advocating for common sense gun control.

And if you want a shining example of this foolishness, here is a letter to the editor from the Camarillo Acorn that will prove my point:

With the anniversary of the devastating Borderline shooting upon our community, I’d like to share the following letter I sent to Assemblymember Jacqui Irwin last November, to which I received no response.

“My name is Jim Dumond and I am a 58-year resident of the Conejo Valley. In response to the shootings at Borderline Bar and Grill, I came up with a compromise that I believe could go a long way toward eliminating our country’s mass shootings.

I believe that both gun and anti-gun advocates will see this as a positive step forward. This gives both groups the right to protect their homes, and gives the citizens peace of mind from individuals, who, like Ian David Long, intend to cause others harm.

1. Owning a weapon (gun), would still require the existing background checks, as required by law.

2. To use a purchased weapon, one would be required to register the weapon online, via a home Wi-Fi type system. The weapon would be embedded with a microchip and would be unusable until registration is complete and authorities grant activation.

This activation would require GPS of the owner’s home and simultaneous location of the weapon. Activation could not be completed at separate times, nor at different locations. Creating a permanent record/registration of owner and location needed for the lawful usage of the weapon.
3. The weapon would be given a usage radius of, say, 1,000 feet from the home Wi-Fi system. If the weapon is taken beyond this point, the weapon would no longer be usable and immediately disabled, until it is brought back into the given parameters.

To protect our rights to bear arms, and to protect our families from those who seek to harm others are what we can do as U.S. citizens.

I understand you have a limited schedule for such matters, but I do believe this is a viable solution to our state and country’s worsening mass shooting issues. Thank you in advance for listening.” Jim Dumond Thousand Oaks

Now, the first error in this guy’s thinking is in the idea that pro-gun advocates will support his idea. We don’t. We oppose any restrictions on gun rights, but especially some kind of expensive and faulty technological solution that limits the geographic area where we can protect ourselves. We’re already the gun owners who are going to comply with stupid laws for gun free zones because we’re law abiding people. The people illegally possessing firearms? Not likely.

The second problem is that you know this technology would get hacked and quickly and would, therefore, be a useless extra expense on guns.

I could go on and on, but you get the idea. But, no doubt, this gentleman believes that his proposal is reasonable, and I have no doubt that he means well. The problem is that he doesn’t know enough about guns, gun usage, and Constitutional rights (and the reasons behind them) to make a rational argument that truly makes sense.

And, so, we have another example of why there is no such thing as “common sense gun control.”

Hear The Anti-2A Narrative Get BEATEN Into Submission [Video]

Proof That Waiting Periods Kill People Instead Of Saving Lives