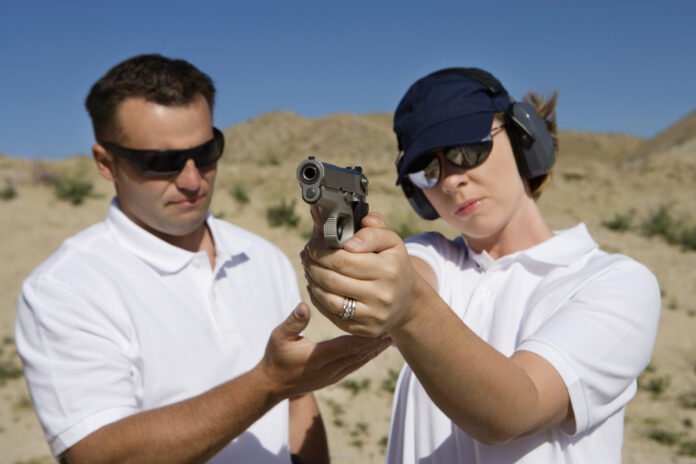 It shouldn’t be controversial, even in the current day and age, to say that men and women are different. They are physically different. They often have different priorities in life in many areas. And they tend to approach learning skills differently, too.

Now, we can go into the differences in the male and female brain, but that’s not the focus of this site. What you need to understand is that men and women are different, and if we want the different biological sexes to learn how to handle a gun in the way that most effectively works for them, then we need to pay attention and cater to those differences.

Tatiana Whitlock has some thoughts on these differences. Whitlock writes,

From an instructor’s perspective, new male shooters tend to learn better when introduced to a concept or technique by presenting the mechanics of the skill first and then putting that activity into context. Women tend to learn the same skill best when introduced to the context of when and why that particular skill is important and then taught the mechanics of putting it to use. The result is the same: the student learns both the action and the application, though from opposite perspectives. Both are fully capable of executing the skill set with precise fine and gross motor skills, regardless of gender, and put it to use when and where appropriate in the real world.

Also, Whitlock notes that new women shooters tend to prefer to learn in groups with other women due to women’s greater tendency towards social interaction and to avoid the male tendency towards aggression in the class while first learning about gun usage.

So, whether you are a trainer or someone wanting to train, knowing the difference in how your brain works while learning may be useful in helping the student to get the most out of their firearms training.

Lawsuit Shows SCARY Effect Of Gun Control No One Is Talking...