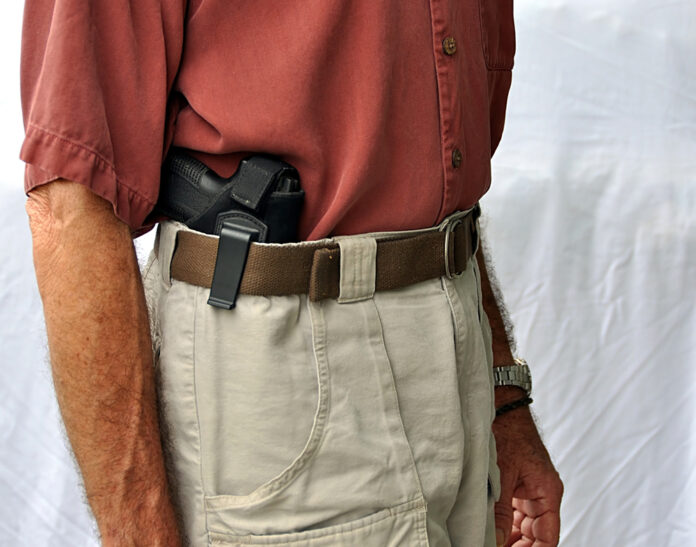 If you only watch the mainstream media news sources, you may think that guns rights has become, for all intents and purposes, a lost cause in America.

Fortunately, though, that isn’t the case. Gun rights advocates and their representatives in government are seeing wins, too. You just don’t hear about these in the media nearly as much as you hear about Moms Demand Action, Everytown for Gun Safety, and any number of other Bloomberg and associated anti-gun parrot organizations.

For example, you probably didn’t hear (at least not before reading this article) that Indiana has made it easier and simpler for people who want to own guns to legally get a firearm. A writer going by Luke C. writes,

The Indiana House recently voted 64-17 for Bill HB 1284 which helped expand Indiana’s stand-your-ground laws. Inside that bill was also legislation that removed all fees associated with the cost of Indiana Carry Licenses as well as removing court costs for justified use of force in certain circumstances. The Indiana Senate approved the bill by 37-7 and carried vehement support by the governor.

The license fee removal will take place starting July 1st, 2020. This will make Indiana the first state to offer a permit without any sort of fee and one of only eight states that require no training of any kind in order to obtain the license. Although the fee will be waived for the five-year license, a lifetime license will still cost citizens of Indiana $50, upgrading from a 4 or 5-year license to a lifetime license will cost $40.

Indiana Governor Eric Holcomb had the following to say about the bill being passed into law:

“Removing any and all barriers for lawful carry in our state is significant for the many Hoosier gun owners who want to protect themselves and others.”

Good for Indiana. With all of the rioting and violence occurring in many parts of the nation right now, more and more people are looking for ways that they can protect their families and themselves. This makes it that much easier for folks in Indiana to do just that.

VA Anti-Gunners Show Themselves To Be Hypocrites

Gun Crime Studies Too Often Focus On The Wrong Thing And...

Anti-Gunners Are Scared Of Gun Owners, So They Shouldn’t Have Picked...

What Does The Availability of This Winter Jacket At This Store...