Home Guns They Want To Disarm Us, But They’re The Ones Shooting People 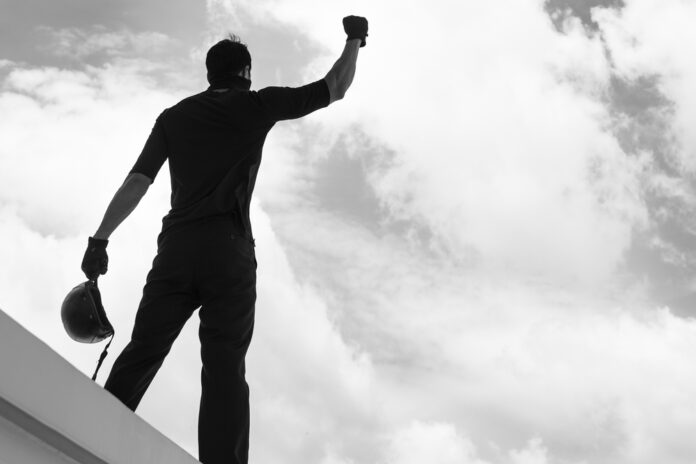 Some anti-gunners are naive and ignorant. Some are just hypocrites. Sadly, on the surface, you can’t tell which are which by their talking points.

But actions speak louder than words sometimes, and a protester at a protest linked to Antifa in the southwest U.S. showed himself to be a hypocrite.

You won’t believe this one (hat tip to here for the lead). Pat Reavy writes,

The victim was driving a white SUV on University Avenue and was attempting to turn onto Center Street when a group of protesters began “crowding around the vehicle. A male protester ran to the SUV on the passenger side, pointed a handgun at (the) driver and shot one round through the window,” according to a synopsis of the incident by Provo Deputy Police Chief John Geyerman.

The driver, who was struck by a bullet, “hit the gas trying to leave the situation,” Geyerman said.

Cellphone video recorded by witnesses shows the SUV appearing to push through the protesters, with at least one person falling to the ground.

As the SUV is speeding away, the gunman ran after the vehicle and fired a second round that went through the rear passenger window, according to police.

After the shooting, video shows the gunman then “conceals the firearm and continues to protest,” Geyerman said. “This same protester later approached another vehicle at 500 North and University Avenue, striking and breaking the window with the handgun.”

Now, remember, Antifa and other leftists groups are the one calling for repealing the Second Amendment, yet, you don’t typically hear news stories of legal gun owners shooting other people except in self-defense or, sometimes, an accident. The kind of violence described in this story typically comes from criminals and those on the political left who want a revolution.

But they want to disarm us. We can’t ever let that happen.

You’ll Love Why This Kent State Graduate Was Carrying An AR-10...

Could This Old West Gun Fighting Secret Save Your Life?