Home Guns Are We Finally Starting To See Some Justice In Kenosha, Wisconsin? 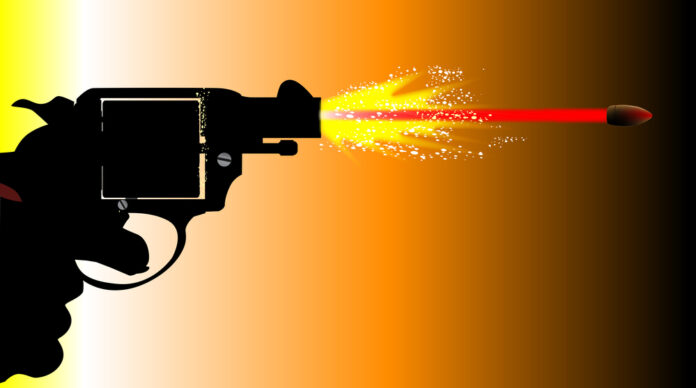 If you’ve been watching the news over the last few months, then you know about the shooting which occurred in Kenosha, Wisconsin during the rioting which happened there. Sadly, the only “justice” (and I use the term sarcastically) which had occurred was the arresting of Kyle Rittenhouse who, by all evidence that we’ve been able to find, was shooting in self-defense as he was attacked by rioters. Needless to say, Rittenhouse’s arrest seems politically motivated (anti-gun) and not actually about justice.

If you’ve seen the videos of the Rittenhouse situation, then you know that there was a gun shot near him before he ever pulled the trigger. In the videos, Rittenhouse turned around when the gun shot occurred which seems to indicate that he was concerned that someone was shooting at him at the same time that three other attackers (one trying to kick him, one trying to hit him in the head with a skateboard, and one who intended to pull a gun on him) attacked him.

Now, the person who appears to have fired that shot during the riot has been charged. Cassandra Fairbanks writes,

Joshua Ziminski, 35, has been charged with disorderly conduct and use of a dangerous weapon for firing his weapon during the incident on August 25.

According to the charging document, obtained by The Gateway Pundit, while investigating the shooting by Rittenhouse, Kenosha detectives obtained videos in which Ziminski “was holding a black handgun, which he was holding in his left hand, pointing downward. Detective Howard reports that in reviewing multiple other videos, he was able to see the defendant and Kelly Ziminski, in and around multiple other people on the streets, and the defendant was seen holding the handgun down at his side in said videos.”

The police go on to report that when speaking to Ziminski, and his wife who was present at the time, both admitted that he had fired off a “warning shot” into the air.

This strengthens the case that Rittenhouse had reason to fear for his life and was acting in self defense when he shot and killed two rioters.

So, finally, someone in Kenosha other than Rittenhouse is being charged with something. Maybe that’s the beginning of justice.

Let’s be realistic, though. Charging Rittenhouse (and not having dropped those charges after more evidence has come out indicating that Rittenhouse acted in self-defense) appears to have been purely politically motivated and anti-gun in intention.

Still, the evidence in this case could help Rittenhouse to regain his freedom, and that’s a good thing.

Minority Woman Sues College For Suspending Her Just For Being Pictured...