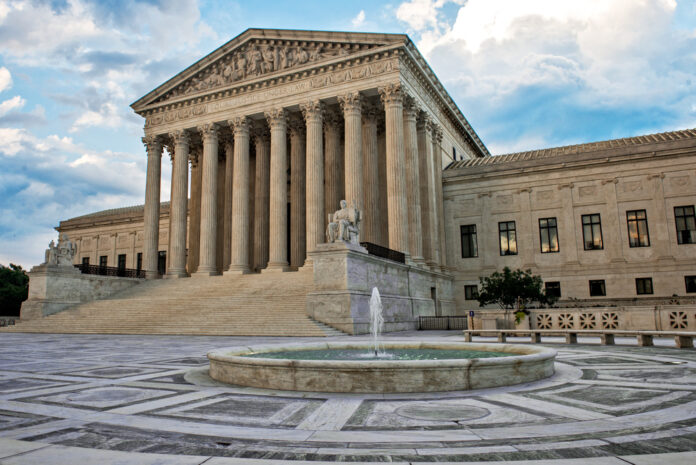 It’s only been a few weeks ago that Amy Coney Barrett was confirmed to the U.S. Supreme Court, and leftists lost their collective mind (yes, that’s assuming that they hadn’t already lost it). In fact, at the time of this writing, Trump’s legal challenges in several states over the handling of the November 3, 2020 election have not been settled, so ACB may have an opportunity to cause more wailing and gnashing of teeth from those on the political left before the end of the year if those court cases go to the Supreme Court.

Of course, besides the potential rulings on the election, leftists have been freaked out about ACB from the time that her name was put forward as a potential Supreme Court justice because she is an originalist, meaning that she doesn’t legislate from the bench and goes by the meaning of the law. Leftists freaked out about the impact of originalist thinking on both abortion and gun control laws.

Since this is site about guns, we’ll leave the abortion issue aside for the purpose of this article, but some people think that ACB could be the death knell for gun control in many states, such as California. Eric Ting writes,

“There are challenges on California’s gun laws bubbling through the federal courts, which makes it possible but not likely we see a case this term,” said UCLA Law Professor Adam Winkler, who specializes in constitutional law and the Second Amendment. “But it won’t be long before the court finally takes another gun case.”

And when they do, California’s gun restrictions are endangered. National gun control groups fervently opposed Barrett’s confirmation, with Everytown for Gun Safety president John Feinblatt calling Barrett a “gun rights extremist who has no place on the Supreme Court.”

“If you want to know which laws could be struck down, just open the penal code and look at every law about guns,” said Winkler. “We’re at that level.”

California has gun laws ranging from online ammunition purchase restrictions to red flag laws, and Winkler believes the court could start the process of striking down gun control laws one-by-one.

Of course, while California is one of the easiest targets for striking down gun control laws (after all, they have so many of them), there are a number of other states (New York? Virginia?) and municipalities (Chicago and Baltimore come to mind) which could have their gun control laws overturned.

Proof That Citizens Can’t Depend On Government To Be Their Armed...

This ‘Activist’ Says You Are Racist For Owning Guns

This Is Why You Should Never Talk About Your Guns With...