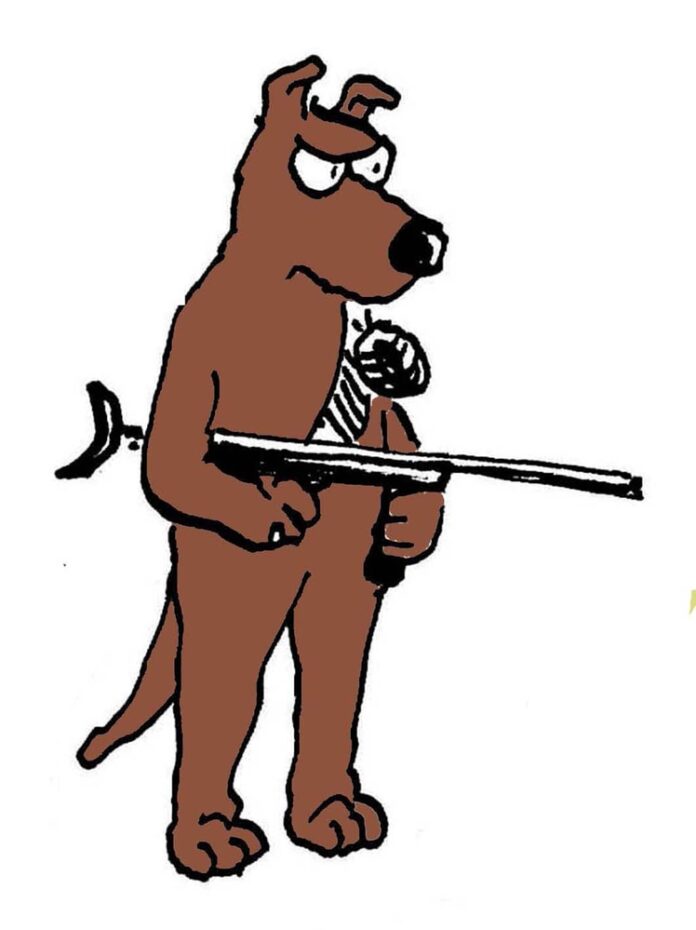 Sometimes you to have laugh at the ridiculousness of life. There’s enough serious and stressful things out there to keep up with, but, occasionally, you come across something so bizarre that you can’t help but chuckle.

This story is one of those situations.

Apparently, this happened to a man in Texas. Paul Best writes,

A dog accidentally fired a gun into its owner’s leg recently, the Plano, Texas, police department said this week.

The owner was picking up his dog when its paw got lodged in the trigger of the gun in his waistband, sending a bullet through his thigh.

The man was not badly hurt. The bullet didn’t hit any major arteries, and he was able to drive himself to the hospital.

Now, someone will read this, and their immediate thought will be that it’s not funny that someone got shot. I won’t disagree with them, and if this guy had been seriously hurt, I wouldn’t have found it funny either. Gun shots are serious things.

Still, if you can lighten up a little, you may be able to appreciate the absurdity of the situation.

And while this is a humorous (at least, to me) story, it is also a good reminder of gun safety beyond the four basic rules of handling a gun (see here if you need a review of them).

First, it’s worth considering that the gentleman who got shot was carrying with a round in the chamber. Maybe you consider that a good idea. Maybe you don’t. All I’m going to suggest is that you realize the trade-off. If you carry with one in the chamber, yes, you can get off your first shot more quickly for self-protection because you don’t have to chamber a round first, but you also run the risk of the firearm accidentally discharging as happened in this case.

Second, the safety was not engaged on this guy’s firearm or the firearm did not have a safety. Additionally, he had a trigger with a light pull weight (how else could the dog’s paw have caused the discharge of a round when he picked up the dog?). Re-read the last paragraph. There are arguments for and against safeties and light vs heavy trigger pull weights. Make your decision, but understand the trade-offs.

So, I am glad that this guy wasn’t seriously injured, and, yes, I got a chuckle out of the story. Regardless of whether you laughed or not, use this story as a reminder to make your decisions for your carry weapon while understanding both the pros and cons of your choices.

This Story Shows You What Can Really Bring Equity In Our...

Is Your Name On This List, And Will That Prevent You...

What Stopped This Gun Crime In Chicago? Hint: It Wasn’t The...