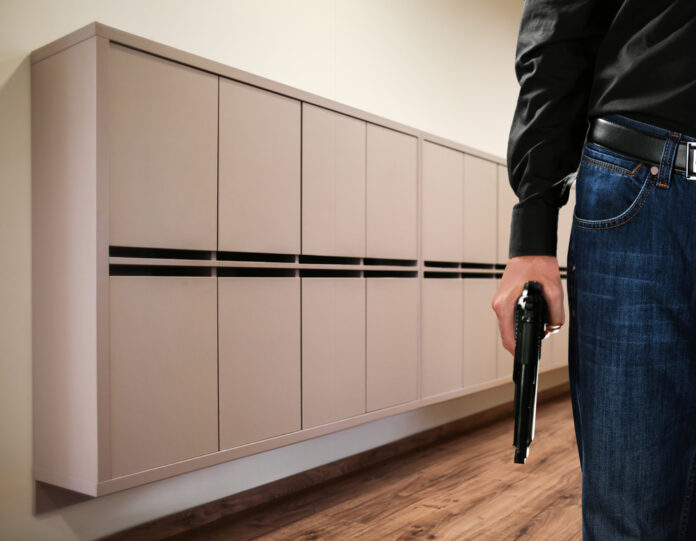 If you’ve been reading this site for any amount of time, then you know that one of our pet peeves is the fact that the overwhelming majority of anti-gunners have this bizarre idea that guns are the problem and not just a tool. Now, they won’t tell you that, but their proposed solutions imply clearly that these anti-gunners think that guns are the real problem.

Well, we now have an analysis of the hard statistical data about what signs are common in mass murderers. Now, keep in mind, what contributes to someone becoming a murderer may not contribute to that murder becoming a mass murder, and factors that contribute to a person trying to kill a large number of people when they do kill may not have actually contributed to what caused the person to decide to kill people in the first place.

In other words, the causes, while becoming more and more clear, are much more nuanced than just saying “guns are the problem” and “ban guns!” as a solution. Our friends at gunfacts.info give us the details:

What caught our attention is that some variables are much more predictive of the number of people who will be killed in an MPS than the overall number of such events in a given year. In other words, some things make people want to go on a rampage and other things make them want to get a new high score on the Mass Shooter Scoreboard.Selected Gun Facts Reading

A mass shooter often commits domestic abuse, and those who kill many strangers in an MPS are also likely abusers. This makes a bit of sense – if you are the type who, in a fit of uncontrolled rage, would beat your wife, kids or elderly parents, then murdering a bunch of people when life throws you a curveball is not unthinkable.

Likewise, people who are obsessively consumed by social media tend to get (pardon the pun) triggered. Social media, especially on Twitter, is a source of constant aggravation. People who do not handle aggravation and bitter arguments (online or off) may not be able to channel their cumulative rage effectively.

Violent video games are a contributing factor, though there is a note of caution here (and after reading this blog, grab a copy of Assassination Generation to read some of the psychology industry’s insights into this). In terms of the number of people killed in MPS, addiction to violent video games was moderately associated; but the problem is, violent video games have not been around all that long. Indeed, the Violence Project database does not track this to before 1992, and we have to understand that the number and graphic excess of these games increases every year. All that noted, the association was weaker in terms of the number of MPSs in any year. We can say that violent video games may moderately increase the number of incidents (though the statistical test is weak, p-value not below 0.05) but may well cause some shooters to become competition killers and attempt to set the new high score.

On the mental health front, we have a field of landmines to contend with. You can see that having been previously counseled by a psychologist or psychiatrist shows a moderate association with a high body count on an annual basis. But it does not affect the likelihood of committing an MPS itself. In other words, if someone had a significant enough mental health issue to have received counseling, they are not much more likely than the population at large to shoot-up a movie theater, but they are more likely to plan out an attack and take a lot of lives if they do.

The article specifically points the finger at a history of being an abuser (domestic abuse) and social media use after 1999 as being “significant” factors in both deciding to murder and also in making that murder spree a mass shooting.

So, how do we solve this issue? That is a discussion that we really need to have, but you’ll notice that access to a gun, gun ownership, and guns being legal in a society aren’t anywhere on the list, not even as a moderate or possible correlating factor.

As a side note to “woke” readers, membership in a hate group (including groups of people mislabeled as hate groups like people on the political right) were not moderate or significant factors. On the flip side, though, I’ve observed over the past year that membership in an antifascist group does seem to correlate to a tendency towards violence, so, maybe, if anyone is denied guns, we might want to consider denying gun ownership to people on the political left before denying gun ownership to the people being targeted by anti-gunners.

Regardless of what will make a difference in reducing mass shootings, we need to focus on the real factors and not let anti-gunners continue to hijack that conversation with pointless arguments for gun control.

What Does This BIZARRE Twist On Media Bias Really Mean?

Southern State Trying To Give College Students A Fighting Chance Against...