Home Guns Is This Police Chief Right About Open Carry? 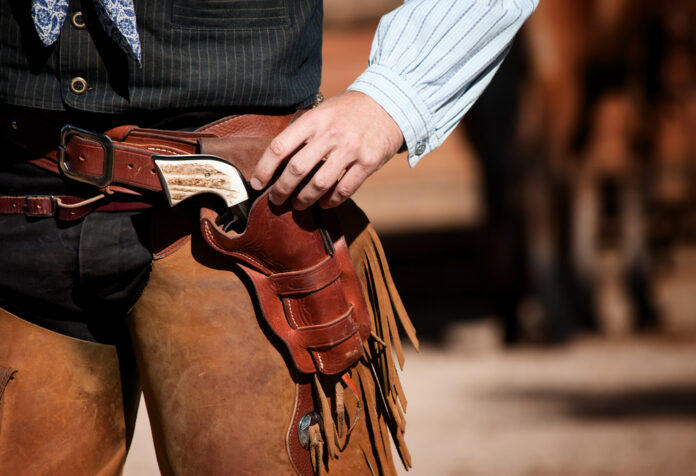 Anti-gunners hate open carry for the same reason that they hate concealed carry: they are terrified of guns. But pro-gun folks are split about whether they think that open carry is a good idea. Some say it’s a good idea as a not-so-subtle warning to those who would initiate violence (criminals and terrorists). But other pro-gun people say that it’s smarter to only carry concealed so as not to trigger anti-gunners who freak out and so as not to draw attention to themselves or their firearm. After all, the element of surprise could be the advantage that you need to save a life.

Now, a South Carolina policy chief has weighed in on open carry, and his thoughts are likely to cause a lot more arguments. Cait Przetak writes,

North Charleston Police Chief Reggie Burgess, reminded the public of the lives lost in just the past three years to those without a [concealed weapons permit]. He says the open carry law will put law enforcement lives at risk.

I’ve been hearing these claims for months, but I’ve yet to see any opponent of South Carolina’s new “open carry with training” law explain exactly why they believe that the new law will lead to more violent crime or threaten the safety of police officers. If Chief Burgess was right that open carrying led to more violence or put cops at risk, you’d think he’d be able to point to some sort of evidence, but he can’t because it’s simply not true. In fact, Virginia, where I live, has had permitless open carry laws on the books for decades, and a violent crime rate that’s historically much lower than South Carolina’s. That wouldn’t be the case if the chief was really on to something with his scaremongering over the new law.

With murders at an all-time high in the state, chiefs like Burgess and Reynolds should be focused on those actually responsible for the acts of violence instead of trying to foster unfounded fears about legal gun owners and lawful gun carriers.

Frankly, I think Edwards is right on the money with his thoughts on Burgess’s comments. What do you think? Tell us below.

What The DOJ Is Calling A Machine Gun Will Drive You...