Home News You Won’t Believe What 1 State Legislator Wants You To Do To... 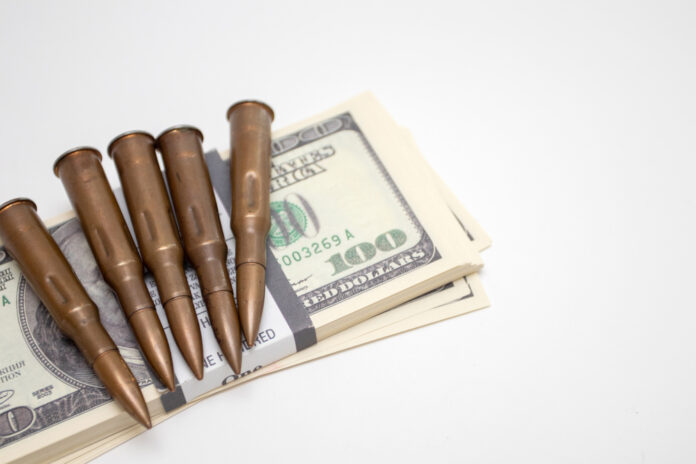 Anti-gun politicians keep looking for new ways to prevent Americans from exercising their Second Amendment rights. They try to ban guns, ban certain guns if they can’t ban them all, make people jump through hoops in order to get guns, and other nonsense.

Now, a state legislator in one state is trying to take it one step further by trying to make it harder for American to buy ammunition, too. Beth Brelie writes,

A bill requiring photo identification to purchase firearm ammunition in Pennsylvania is intended to keep loaded guns out of the hands of minors, according to its sponsor, Democratic state Rep. Brian Kirkland.

Current law prohibits ammunition from being sold to anyone the seller has reasonable cause to believe is younger than 18 or 21 depending on the type of ammunition. However, sellers are not required to verify the buyer’s age by asking to see an ID.

The legislation would require all ammunition buyers in Pennsylvania to provide an official form of photographic identification with every purchase of ammunition. It would reinforce current law, ensuring ammunition is not sold to children, without infringing on any individual’s Second Amendment rights, Kirkland said.

“This is very safe legislation, “Kirkland told The Epoch Times. “I don’t think this is making it harder for anyone to get a gun. You get carded to buy alcohol or tobacco. There is no accountability for the person selling ammunition.”

The plan adds accountability by imposing on sellers a $1,000 fine for a first offense, $2,000 for a second offense, $3,000 for a third offense, and any offenses after that would result in a 30-day prohibition on selling ammunitions.

But in the minds of anti-gunners, you can never go too far in efforts to prevent Americans from exercising their Constitutional rights, can you?

Finally! We May Have A Supreme Court Case Which Is Ripe...

Should You Use This Test To Pick Which Ammo To Buy?