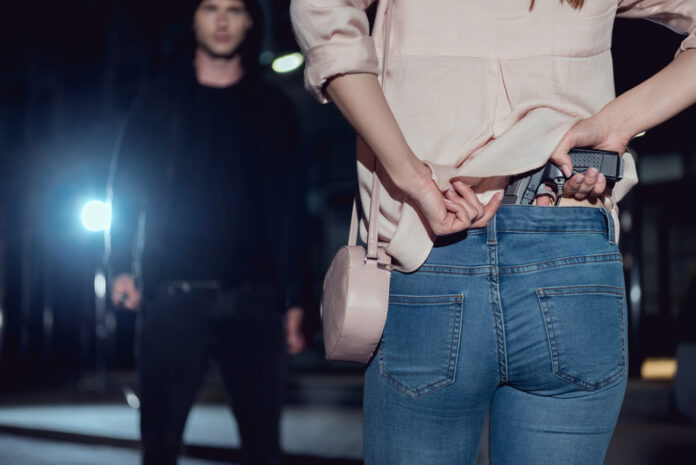 But that just isn’t the case.

And the way that anti-gunners push their dishonest narrative is, usually, to completely ignore defensive gun use in America. Why do they do this? Because the real world statistics blow apart any rational support for gun control (hat tip to here for the lead). John R. Lott Jr. writes,

Americans who look only at the daily headlines would be surprised to learn that, according to academic estimates, defensive gun uses — including instances when guns are simply shown to deter a crime — are four to five times more common than gun crimes, and far more frequent than the roughly 20,000 murders or fewer each year, with or without a gun. But even when they prevent mass public shootings, defensive uses rarely get national news coverage. Those living in major news markets such as New York City, Washington, D.C., and Los Angeles are unlikely to hear of such stories.

As of Aug. 10 [2021], America’s five largest newspapers — the New York Times, Washington Post, Los Angeles Times, USA Today, and the Wall Street Journal — have published a combined total of 10 news stories this year reporting a civilian  using a gun to successfully stop a crime, according to a search of the Nexis database of news stories. By contrast, those same newspapers had a total of 1,743 news stories containing the keywords “murder” or “murdered” or “murders” and “gunfire,” “shot,” or “shots.” Including articles with the word “wounded,” the total rises to 2,764.

Now, some may argue that mainstream media “news” outlets focus on the horrible incidences of gun violence because horrible things tend to attract the attention of more readers than positive stories such as the much more common successful defensive use of firearms. No doubt, that is certainly one thing that influences what is presented in those outlets, but that doesn’t change the fact that those outlets rarely even try to give a balancing viewpoint in their articles to give readers and viewers perspective by giving them context.

And, as you know, statistics without context can be easily twisted to be dishonest, which is certainly what we’ve seen from the mainstream media.

You Won’t Believe The Distance Of This World Record Shot