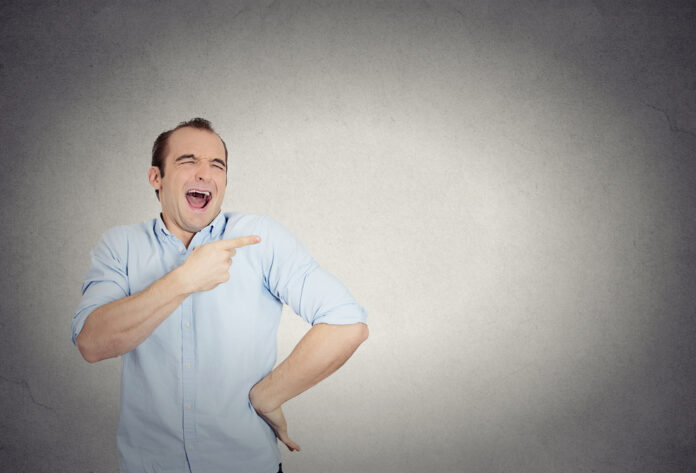 Have you ever tried to have a discussion with someone on the far political left? Especially about gun rights and gun control? If you have, chances are that you noticed how the leftist person bases their arguments on so many assumptions that just aren’t true.

If you haven’t had the (dis)pleasure of having one of those discussions, then, understand that this story is a perfect example of the ridiculous thinking that anti-2A people (who are almost universally political leftists) have when it comes to guns and gun owners (hat tip to here for the lead).

So, as you likely already know, the U.S. Supreme Court just handed down some decisions which leftists are very upset about. Among those rulings were the overturning of the New York State law which made it extremely difficult to legally carry a firearm concealed in that state. Another ruling was the overturn of Roe v. Wade. It’s not clear from the Libs of TikTok tweet what caused a leftist to post this foolishness, but since the people who oppose legal concealed carry are very often the people who supported Roe v. Wade, for our purposes, it doesn’t matter because the same people would follow this bad advice no matter which ruling has them more upset. You can see the Libs of TikTok tweet below.

In case you weren’t able to read that tiny print, here is what it said, courtesy of a writer going by Jesse James:

The radical Christians are found in the rural areas. Their towns are defenseless, they have almost no cops and their firemen are volunteers. They have to borrow cops and firemen from neighboring jurisdictions miles away in order to handle anything big. And they think they’re safe out there. Forget burning cities, cities are on our sides. It’s time for rural areas to feel the heat.

You show up 100 deep in every rural town in a 50 mile radius intent on revolution, you’ll crash their system and make them pay.

And if you all think I’m kidding, I’m dead serious. This was caused by backward ass rural conservatives operating out of a Christianized worldview (even if theyre not Christian, they’re heavily influenced by it), they were the ones who voted for Trump in ’16; those disillusioned redneck/white trash/blue collar (to quote a country song) types who flipped massively for the GOP. Punish them. Punish their towns. They say “BLM burned the cities to the ground, ” I say “let them see firsthand what it’s like when a community is truly burned to the ground. They want a civil war? They should have been careful what they asked and voted for.”

I’m not the organizing type. But maybe someone who is can organize that. Start in a certain state in the Midwest often called “the south’s middle finger to America.” It’s literally what the south would’ve looked like if it wasn’t reconstructed.

So, if this person thinks that folks living in rural areas are defenseless because there are less members of law enforcement, then, it’s pretty clear that whoever wrote those words doesn’t know anything about living outside of an urban area.

I don’t wish any harm to anyone, but if any leftists take this person up on this stupid idea, it will become the text book example of what happens when you “mess around and find out,” so-to-speak.

I hesitate to say that anyone is really an idiot, but when someone posts something like this thinking that leftists will have free reign to destroy like they did in, say, Portland, Oregon, how else are you going to describe that person? They’re acting like an idiot.

So, urban leftists and other anti-2A people, here’s your warning: Don’t bring your “mostly peaceful protests” to rural areas because rural folks just want you to leave them alone, and you won’t like the result if you do.

Why You Should Own An AR-15