Home Guns The Unexpected Gun To Have In Your Survival Arsenal 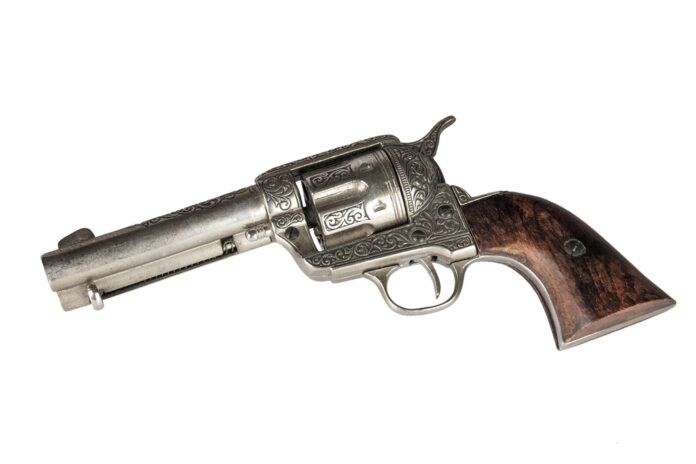 There’s a common thought among gun enthusiasts that you can never have too many guns, and while I can relate to that idea, there are limits on what you can have with you at any given time.

For example, you can’t carry your favorite carbine or rifle with you in all areas, and even if you live in a constitutional carry state, it’s sometimes simply not practical to carry that gun with you, either because you only have so many hands to carry things with or because the outcry from anti-2A people who panic at seeing you with a gun causes so many of its own problems (so, you carry concealed).

Then, there are those cases that you need to prepare for to make sure that your family is taken care of in a survival situation. An anonymous writer at survivalblog.com has what may be an unexpected recommendation for a firearm that you should have for that type of situation. Now, by way of explanation, the writer details several of this type of firearm that they currently own, but, in summation, they write,

So, does the .22 single action [revolver] have a role in the prepper’s armory? Yes, if it is accurate. It is a great gun to start new shooters on and accurate enough for small game. You may have to try different loads to find one that the gun prefers, but that is part of the fun. If you just can’t find an acceptable load for a given revolver, then you can likely sell or trade it for about what you have in it, and try a different one.

Second, firearms will be prized possessions in a survival situation because manufacturing new ones isn’t likely to be commonplace, so, your used firearms may be valuable for bartering.

What the writer didn’t mention above is that .22 is still a pretty common caliber of ammunition, so, finding ammunition to use will be easier with a .22 pistol than many other calibers. That means that the firearm could be useful for a longer period of time for something other than using it as a paperweight or club.

So, in conclusion, while a .22 revolver may not be your preferred choice for a firearm at this time (I like my 9mm pistol for daily carry, for example), having that .22 may mean that you have the upper hand to help keep you and your family alive and safe if that horrible scenario occurs.

The Real Reason Anti-Gunners And Politicians REALLY Want To Ban 1...

Water survival secrets you should know …

This Should Make Pelosi And Company Nervous On Capitol Hill