Home Guns Is This The DoD’s New Sniper Rifle Being Made Available For Civilians?

In case you haven’t heard, the Department of Defense (DoD) commissioned a new model of sniper rifle for our military to use. Whether it was just keeping up with the times and new technology or whether they had money in the defense budget to burn (or all of the above), the DoD got their new rifle from Hornady.

Of course, like any other military advancement, there are some in the civilian ranks who would like to get their hands on one of these new model sniper rifles to get a feel for the cutting edge in distance shooting.

If that’s you, then Savage Arms may have what you’re looking for. The staff at the NRA’s Shooting Illustrated gives us the details:

Hornady’s new 300 PRC was created out of need from the when the Department of Defense began looking for a long-range sniper round that produced consistent results with lighter recoil and reduced muzzle flash. Now, Savage Arms has chambered several rifles in the outstanding new caliber that allow hunters and long-range shooters to make the most of the new round.

“The 300 PRC has opened up new possibilities for extreme long-range shooting,” Jessica Treglia, Sr. Brand Manager at Savage Arms, said. “There’s no better platform for the round than a Savage. With their AccuTriggers and AccuStocks, Savage rifles offer the rugged stability needed for reliable accuracy at any distance.”

300 PRC is capable of exceptional accuracy, but it is much more than just a paper-puncher on the range. The true potential of the 300 PRC comes from the pairing of heavy .30 caliber bullets with non-belted cases and temperature-stable powders. The 300 PRC achieves repeatable accuracy thanks to a high ballistic coefficient of the bullets it uses, along with the 30-degree shoulder of the case to provide stable chamber alignment. The non-belted cases stack efficiently inside the magazine and feed reliably into the action. When these attributes are combined with Savage’s thread-in headspacing, floating bolt head and button rifled barrels, the 300 PRC round can achieve truly astounding accuracy, especially with Savage’s AccuStock and the precision AccuTrigger.

At the time of this writing, Savage Arms is offering four different models of their 110 rifles in 300 PRC, and you have a few options if this weapon interests you.

So, if you’re into distance shooting and you like cutting edge technology, you may wish to consider one of the Savage Arms 110 rifles. 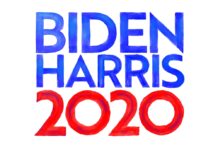 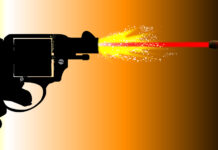 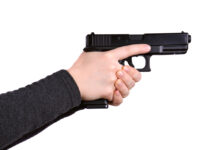 This 1 Aiming Hack Could Double Your Accuracy – But Most...