Home Featured 3 Alternatives That Beat the AK-47 Hands Down

The AK-47 is arguably the most ubiquitous gun in history. It’s appeared in movies, TV shows, comic books, and practically any place where a prop machine gun is necessary. When you say machine gun, people pretty much always think of the AK-47.

And there are plenty of good reasons for its familiarity. It was widely used by military forces around the world as a standard issue weapon, and it can hold its own from a performance perspective, no doubt.

However, is it really the best in its class today? If you take a close look at the alternatives, you might be surprised to find that the AK-47 may have outlived its supremacy.

Off the Grid News has all the details:

1. CMMG Mutant/MK47
The CMMG rifle company has always been a unique company, producing modern, modular rifles in the AR platform. The CMMG Mutant is the company’s attempt to combine the best aspects of the AR-15 with the best aspects of the AK-47. The platform uses controls almost identical to the AR-15, including the safety placement which is 10 times better than the traditional AK.

The MK47 uses an ambidextrous magazine release identical to the AK-47, but that’s because it uses AK-47 magazines. The use of AK mags is what separates it from previous incarnations of 7.62 x 39mm AR-15s. The Mutant also uses a much, much bigger bolt, which increased reliability with the weapon.

The full-length handguard keymod handguard is an awesome touch that provides nearly unlimited options for mounting accessories. The flat top upper receiver allows the easy mounting of optics. The MK47 can accept almost all of the same accessories of a traditional AR, such as butt stocks, handguards and trips.

The MK47 is perfect for those like myself trained in the military on the M4/AR platform, but who have a personal preference for the 7.62 x 39mm round. The MK47’s customization is a major factor for some, as well as the ability to easily add an optic without a secondary mount. The MK47 is an excellent design, and its use of popular (and cheap) AK mags makes it an excellent AK alternative.

2. SIG 556R
The original SIG 556 rifle took a lot of inspiration from the AK-47 platform and utilized a bit of Swiss engineering to make a lighter, handier weapon to comply with NATO standardization. The SIG 556 uses a very similar method of operation, but was refined in the ergonomic category, was more accurate and chambered in 5.56.

The SIG 556R has a flat-top upper receiver to facilitate the mounting of nearly any optics. The safety is also positioned to be much easier to activate than the standard AK safety. The stock is side-folding for easier storage, especially in vehicles. The 556R still uses a gas piston design, one that gives the shooter confidence when it comes to reliability. The design is so simple and easy that it’s reliable even during heavy use and rough terrain.

The SIG 556R also allows the user to adjust the gas system for use with suppressors, something the AK is lacking. The SIG 556R’s use of AK magazines, and its ammunition, makes this an excellent option for those who’ve never cared for the AR platform, and want something a little more modern than the AK platform.

The PTR 32 is essentially the H&K 91 just rechambered for the Soviet 7.62. This weapon is quite heavy, but has some excellent features. For one, the H&K style sights are wonderful and capable, and the sight radius is nice and long. The forward charging handle is incredibly accessible and can be locked into a notch at the rear of the cocking handle.

The safety is very easy and accessible; like all of these models, it is much better than the traditional AK model. This 9.8-pound rifle absorbs recoil like a champ, and it makes the extra weight worth it. The Gen 2 PTR 32 features a M4 collapsible stock, and a railed foregrip for accessories. The PTR 32 Gen 1 is traditional H&K 91 furniture. The PTR 32 is a Cold War warrior, but it’s an excellent, well-built weapon — a Soviet heart wrapped in a German coat.

The AK-47 will always have a special place in our hearts and in the rich heritage of firearm history, but these three alternatives might be the better way to go for practical use. What do you think?

Give us your opinion in the comments. 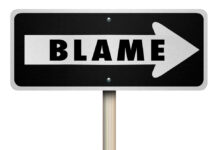 Moms Demand Action In Hot Water For Being Anti-Cop Because Police...