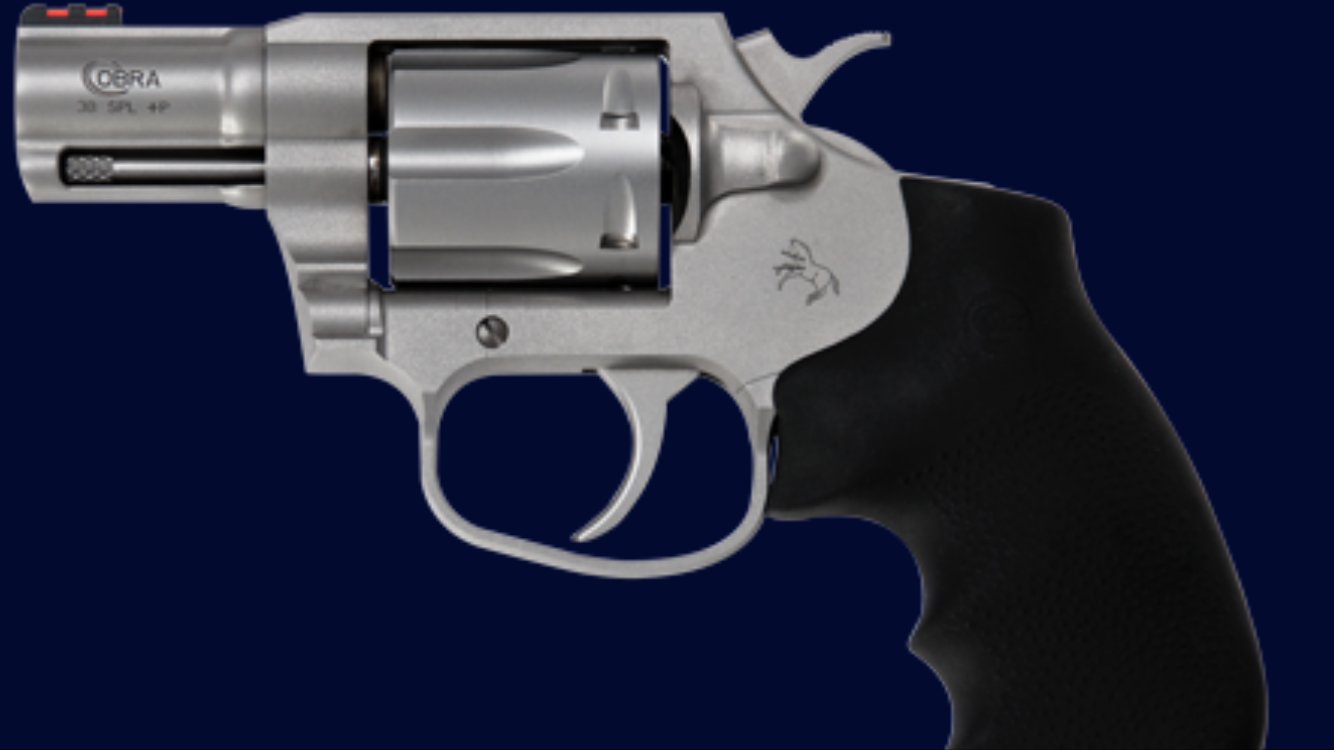 Recently Colt “snake” guns have surged in price. From the King Cobra to the Anaconda, Colt’s massive stainless steel revolvers are a hot commodity these days. For the first time this century Colt has started making “snake” guns again.

It’s called the Cobra and it fits right in with all the other Colt classics. According to American Rifleman, this isn’t just a cheap knock off, either.

Look at what O’Keefe from American Rifleman says about the trigger on the new Cobra:

If you haunt gunbroker.com, odds are you have seen the prices of Colt revolvers skyrocket. Anything with a snake name has been going for big money—sometimes ridiculous money. My friend Steve Fjestad from Blue Book of Gun Values recently wrote about this. While some of the lunacy has subsided, it is clear that the guns Colt used to make still have tremendous power in the consciousness of American shooters.

Even though double-action revolver manufacture has been dormant in West Hartford since the 1990s, there are still some guys who worked on double-action revolver projects in the engineering department. And one of the last double-action revolvers to come out of Colt in the mid-1990s was the SF–VI. Ask anyone who owns one, and they will tell you it was and is a nice little revolver. It was intended to replace the Detective Special once the cost of Detective Special manufacture was judged too high and not worth it anymore. The last DS-IIs (they changed the SF-VI’s name) were made in 1998. Thankfully, Colt went with Cobra (made from 1950 until about 1980) name for the new gun, not DS-3. The latter sounds like where I last lost my truck in the parking garage of Dulles Airport.

They used the SF-VI as the starting point for the Cobra. But thanks to modern engineering software they were able to make some improvements. The things that one wants in a Colt double-action revolver are there. There are six holes in the cylinder of this .38 Spl. And, of course, it is rated up to +P. And with the materials Colt is using, modern matte finish stainless steel, I imagine that a .357 Mag. would probably be something to look for in the future. Be patient.

When Colt stopped making these guns back in 1998, demand for all revolvers was saturated. You could pick up a King Cobra new in the box for less than $500. It’s tough to pull that off these days for less then $1000.

With “snake” gun mania going on now, it makes perfect sense, that Colt would create a new must own wheel gun for the snake lover in all of us.

Why Environmentalists Should Support Gun Ownership