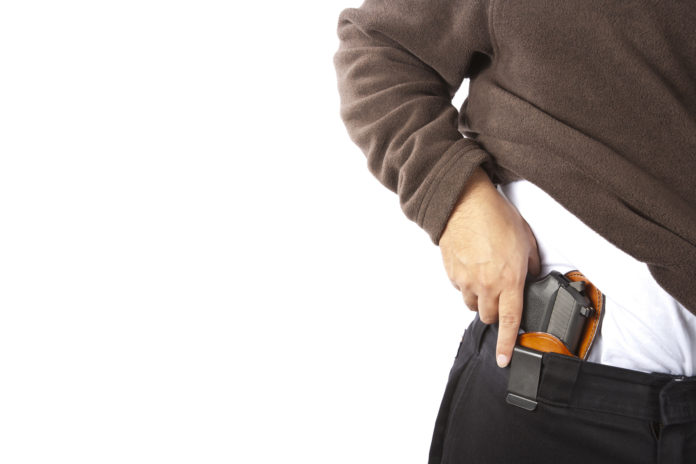 One of the standard lines that anti-gun activists parade out is that we need to do gun searches at events, and, given the mass shootings that the media has been trumpeting for the last several years, you can understand why anti-gunners would push for this kind of thing at any gathering of people. There is a problem with this thinking, though. And what is that? It’s just that gun searches don’t work.

A blogger going by the name of Divemedic details how he (I’ll assume this is a man for convenience in writing) has routinely gotten around security checks at theme parks and other public events for a number of years (note that Divemedic states that he is legally armed and has a concealed carry permit for the state in which he has done this). Divemedic writes,

I have entered the theme parks while armed over 100 times, and I have only been caught once […]. I have since found out how to beat the security measures in place that night, and have routinely done so on more than a dozen occasions.

He mentions that he routinely enters theme parks such as Universal Studios and Disney theme parks (he specifically mentions Magic Kingdom) where they have bag checks (in which they don’t check bags for people “who valet parked, arrived by bus or taxi, or who entered the park by taking a water taxi from one of the on property resort hotels”) and magnetometers. He writes,

This weekend was no different. I went to the Disney parks to test the security. I was wearing khaki shorts, a polo shirt, and sneakers. I was carrying a Smith and Wesson Bodyguard with a spare magazine in a belly band, a 4 inch boot knife in a back pocket, and a container of pepper spray in a front pocket.

I have gone through this magnetometer three times, and set off the machine twice. The first time, I was caught and had to go out and leave my firearm in a locker in order to enter the show. I have not been caught since.

Why? Because the second time that I set it off, I was wearing the firearm in a Thunderwear holster, and when I was wanded, the guard noticed that I was wearing a large belt buckle. (Show them what they expect to see, and they will usually buy into it) They are not cops, and do not have qualified immunity against lawsuits, so cannot ask you to disrobe or frisk you without incurring some significant legal liability. Most of them are either mall ninjas, or idiots who are not all that motivated to do more than make a few bucks while doing as little as possible.

So, let’s make this as simple as possible to explain why searches going into events is useless just like any other gun control: the people who have to implement it are doing it as minimally as possible. They are not motivated to be thorough, and they aren’t looking for conflict. They just want to finish their shift at work and go home and watch TV.

Gun control doesn’t work and never will work because (aside from the fact that the people who want to use guns for illegal purposes ignore gun control laws) it goes against basic human nature by assuming that the people enforcing it will actually care about the issue. And they don’t.

Should Women Concealed Carry With A Purse?

PROOF: It’s Not About Saving Lives For Anti-2A Politicians