Home Guns What Would The U.S. Look Like Without The 2nd Amendment? 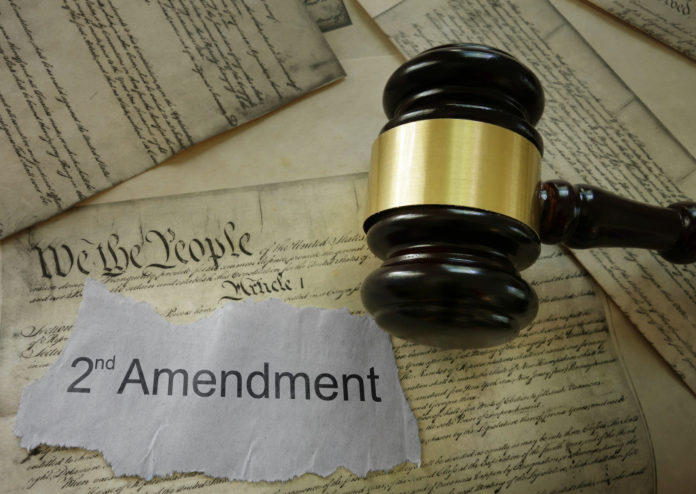 With all of the anti-gunner blowhards yelling all over the media that guns need to be banned, maybe we should take a minute to step back and think about what the 2nd Amendment is about and why we have it so that we can give an answer to those folks. And, possibly, the best way to analyze this thought is to consider what our nation would look like if we didn’t have the right to bear arms in our Constitution.

That’s exactly what Peter Skurkiss wondered in a recent article. The obvious answer is that gun ownership would be much more restrictive. And, as Skurkiss points out, that’s the easy part to figure out.

The bigger question is how it would effect our overall culture. In Skurkiss’s opinion, our government would likely have been much more oppressive and controlling. Historically, there has been a correlation (it can be argued that there is a causation relationship) between banning weapons such as firearms and repressive governments. And this kind of controlling government (for our own good) is exactly the kind of government that anti-gunners tend to advocate because they believe that they know better how we should live than we do.

So, why do those who want oppressive government control want gun control? Skurkiss writes,

What does this have to do with the 2nd Amendment and gun ownership? Simple. Most office-bound bureaucrats, left-wing judges, and government elites are not exactly prime examples of virile American manhood. Quite the opposite. When you think of this government class, which is predominately male, a picture of a feminized metrosexual springs to mind, especially the higher up you go in the hierarchy.

This point is this. In the back of their minds, even if it is buried at a subconscious level, these people fear an armed citizenry. An armed citizenry puts a check on how far and how fast the government class dares to push its progressive agenda by unconstitutional means. True, the 2nd Amendment by itself has not completely stopped the unconstitutional drift to the left, but one has to believe it has prevent what could have been from being what is.

Now, whether you think that most government bureaucrats meet Skurkiss’s description of a complete wimp, his point about those same bureaucrats being afraid of gun owners is right on: bureaucrats and anti-gunners oppose the 2nd Amendment primarily because it makes them fear pushing their political agenda for more government control in a more aggressive manner.

So, in case anyone asks you why we need to own guns, you can answer that it is to defend ourselves from assault from other citizens and to keep our government from overrunning our own lives as history shows that governments want to do.