Home News First It Was A Bucket Of Rocks, Now This To Protect Students? 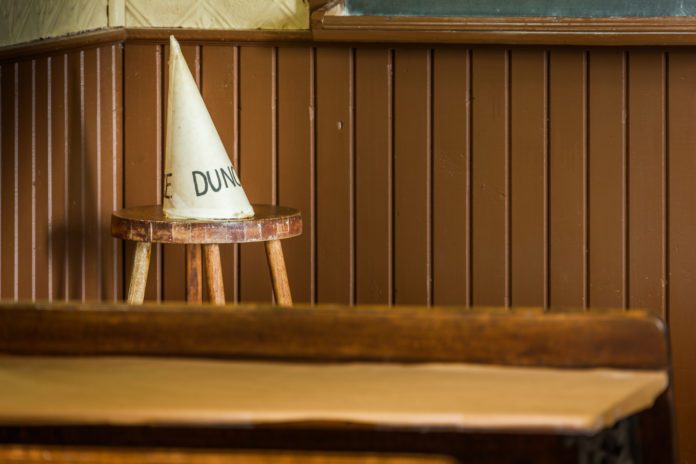 Anti-gunners in the government and (maybe, especially) the school system have to be the most clueless people on the planet. First they wanted teachers completely unarmed. Now, they’ve come around to the “brilliant” idea of arming teachers and students with a bucket of rocks. But, maybe that wasn’t good enough. Now, they’ve stepped up their game to arm teachers with… mini baseball bats?

Unfortunately, this isn’t a joke. WICU gives us the story:

A school district in Pennsylvania armed its teachers with baseball bats in response to the recent school shootings nationwide.

In the wake of the Parkland School shooting, the Millcreek School District armed its 500 teachers with 16-inch baseball bats.

According to Superintendent Bill Hall, the bats were distributed to each teacher, following an in-service training day on how to respond to school shootings.

Hall says the bats are primarily “symbolic” but are now an option for teachers to use should they need to fight back in a shooting.

Now, in case any anti-gunners are afraid that these 16″ baseball bats will suddenly gain a life of their own and attack innocent students, these nutjobs can relax. Why? Because “[t]he bats will be locked up in each classroom and kept in the offices in the district’s 10 school buildings.”

You know how dangerous unregulated mini baseball bats can be, and that’s obviously why they need to be locked up for everyone’s safety and why training is necessary before a teacher can wield one in self-defense against a shooter with a firearm. Frankly, I don’t know how this school system can justify having such blatantly dangerous weapons near where children could get their hands on them and, I dunno, use them as drumsticks when the underfunded band program runs out of money.

Look, I thought the bucket of rocks was stupid (I still do), but this is even more ludicrous. What are teachers going to do, throw it at a shooter? Yeah, that will stop a bullet.

You know what stops someone with a gun? Another person with a gun who is a better shot. There are almost certainly people on campus who are willing to be armed and trained on how to use a firearm to stop an active shooter. This school system needs to focus at having these people at the schools instead of wasting time and money on mini baseball bats.

The Sick Reason Liberals Are Dancing on Scalia’s Grave